Small Plane With 11 People on Board Crashes in Nepal 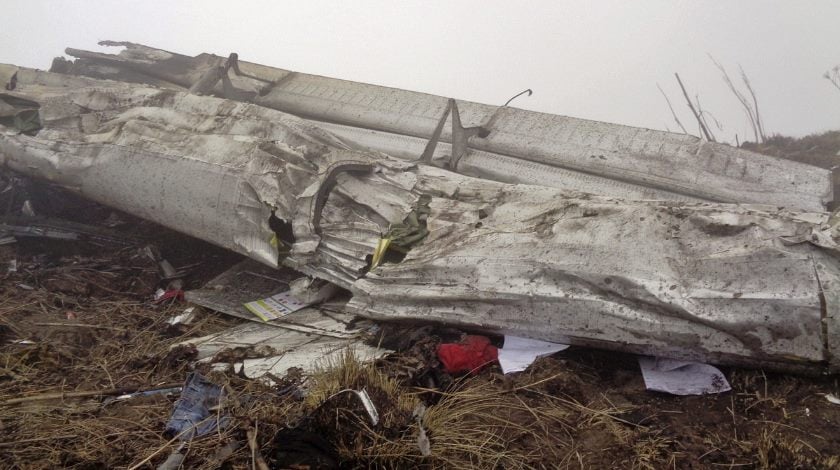 Two people, the pilot and co-pilot, of a small plane carrying 9 passengers are feared to have been killed when it crash landed in Kalikot district of western Nepal on Friday afternoon.

The single engine aircraft belonging to Air Kasthmandap was on its way from Nepaganj to Jumla when it crashed at Chilkhaya village.
This is the second air accident in Nepal after a Twin Otter aircraft crashed on way to Jomsom from Pokhara in Myagdi district on Wednesday, killing all 20 passengers and 3 crew members on board.

“Initial reports suggest that the plane was damaged when pilots tried to crash land the aircraft. We have rushed a team from the nearest police station to the spot,” chief district officer of Kalikot Pradeep Shrestha told HT.

Unconfirmed reports said that the pilot and co-pilot were killed in the accident and the passengers sustained grievous injuries. Officials have refused to confirm the deaths till they reach the spot.

Preliminary reports say the plane couldn’t land in Jumla due to some glitches.

The site where the aircraft has crash landed four hours away from the district headquarters, which includes three hours on foot.

Air Kasthmandap is a small airline company, which started operations in 2009 with two single engine aircrafts with a capacity for extreme short take off and landing (XSTOL), operated in the hilly remote areas.

Airline officials were unavailable for comment on the accident.