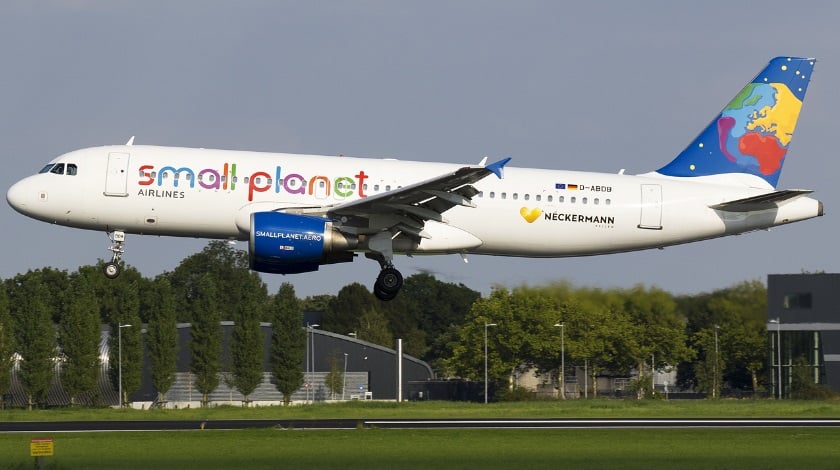 The flights will commence in April 2018, and will be performed by two Airbus A320 aircraft. The airline plans to operate flights twice a day and transport 170 000 passengers during the seven months of the Summer season.

According to Small Planet Airlines CCO Valentinas Jankelaitis, Scandinavian countries were on the company’s target for quite some time already. “Our level of service perfectly complies with the needs of the Scandinavian market. Furthermore, we are no longer merely a regional airline – Small Planet Airlines has grown into a European carrier that is trusted by major tour operators in the region”.

Small Planet Airlines chose the Greek island of Crete as its new base due to its geographical location that will enable the airline to expand its route-map and reach multiple Scandinavian airports from one base in the Mediterranean.

“For now, we have signed contracts for the upcoming Summer season only. We seek to explore this new market and see what possible benefits it brings for us. If everything goes according to plan, we hope to continue the cooperation” – says Mr. Jankelaitis.

In the Summer 2017, Small Planet Airlines utilized 22 Airbus aircraft from 9 European bases. The airline plans to operate a fleet of 28 aircraft in the year 2018.