Smoke On Board Of Thomas Cook B753 Prompts Evacuation Before Departure 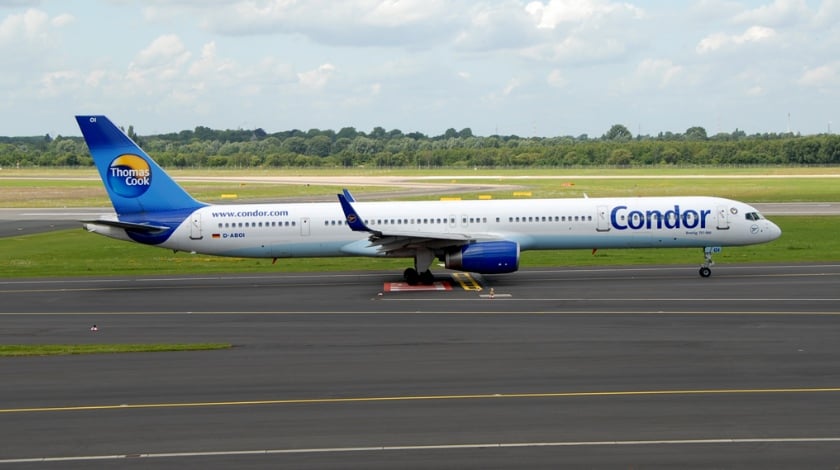 A Thomas Cook Boeing 757-300 with 251 passengers and 9 crew was about to depart from Hurghada when smoke appeared in the cabin prompting the flight crew to initiate an evacuation via slides onto the runway. A number of people received injuries as result of the evacuation.

The airline reported all 251 customers and 9 crew aboard MT-519 evacuated the aircraft via slides at 01:35L (23:35Z Jul 18th) onto the runway and were transported back to the terminal. Overnight accomodation was arranged, a replacement aircraft is estimated to depart during the day.

Passengers reported there had been smoke in the cabin and a number of injuries as result of the evacuation.

The airline told them only a “controlled evacuation” took place in the best interest of all passengers aboard. They were left without further information as to when they would now depart and return home.

Airport sources reported smoke emanated from below a passenger’s seat prior to departure causing panic amongst the passengers prompting the crew to initiate an emergency evacuation. The stampede resulted in a number of injuries, one passenger reportedly received a serious injury (fracture), others minor injuries (mainly bruises).

The cause of the smoke was identified to be a technical malfunction, the aircraft was examined and returned to service. However, the airline decided to dispatch a replacement aircraft.

The occurrence aircraft is still on the ground in Hurghada 14 hours after the evacuation. A replacement Condor Boeing 757-300 registration D-ABON is currently taxiing at Frankfurt/Main (Germany) (Jul 19th 15:25L/13:25Z) to depart for Hurghada and resume flight MT-519.