Sofia traded her office desk for the cockpit of an Airbus A320. This is her story… 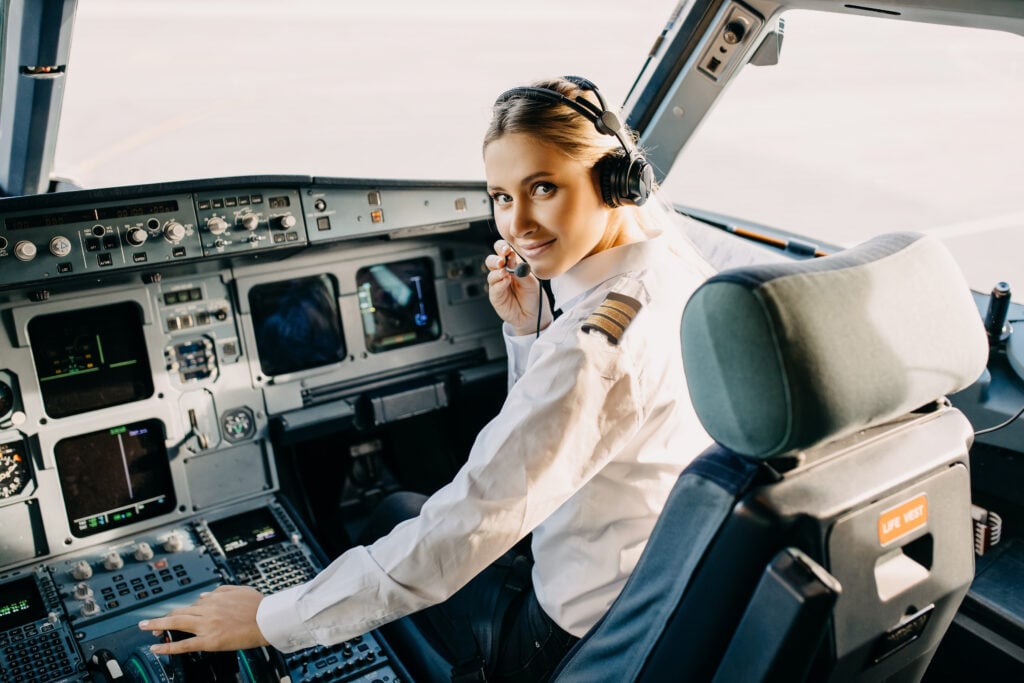 For many, the prospect of becoming a pilot is a dream they’ve carried since childhood. As we grow-up though, our dreams are often eroded, we’re told we can’t achieve things, or we become scared of perceived financial challenges. You know what? I fell into this trap 100% and I’m not afraid to admit it. After being an air-cadet as a youngster flying gliders, I was put-off the idea of becoming a professional pilot by a careers advisor when I left school. They told me the industry was too competitive, but right now the industry is crying out for pilots. In the end I decided to study Media at University, ahead of finding my first job as an Account Executive at a marketing agency. But the longer I was there, the more I caught myself looking out of the window and daydreaming about flying. 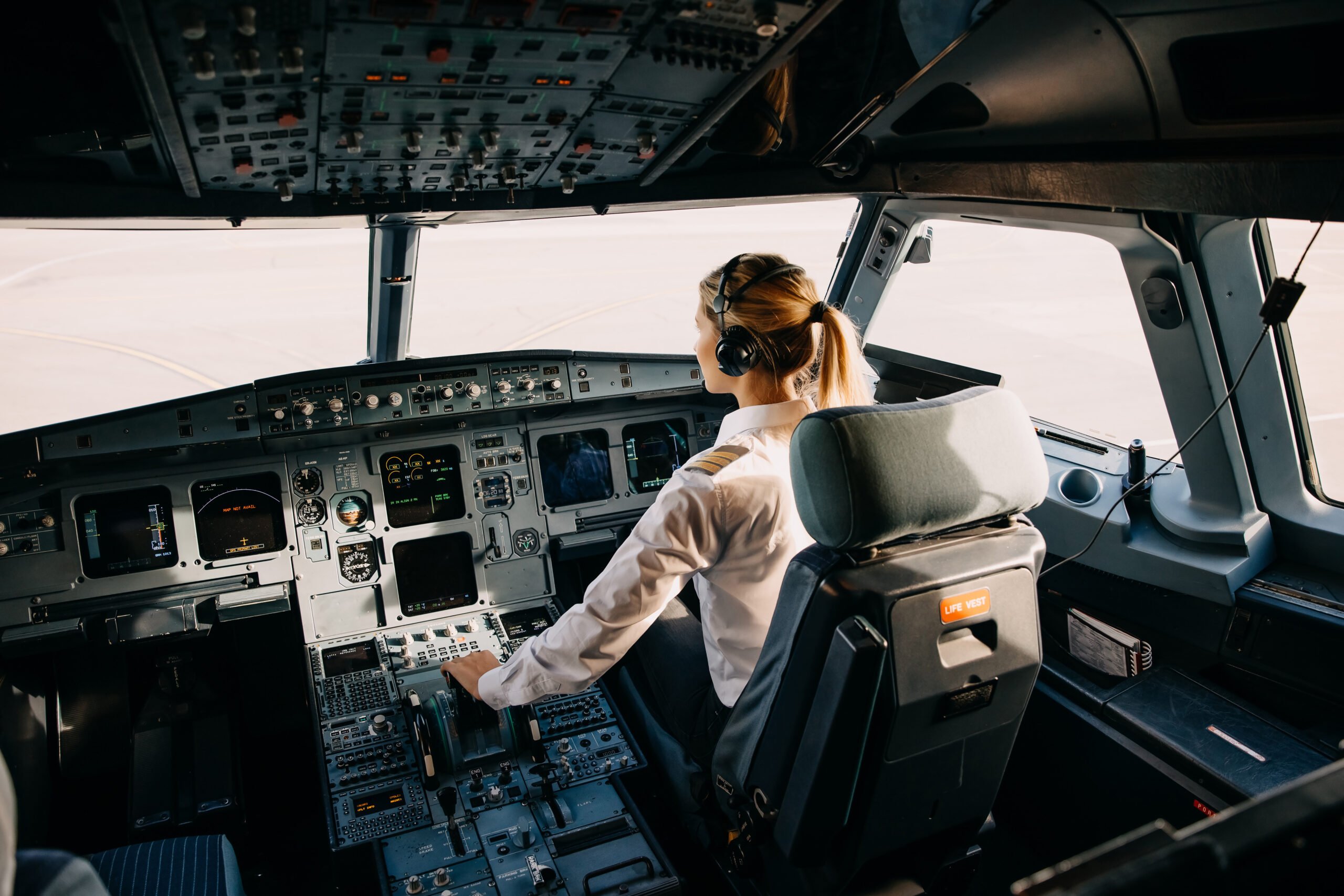 I held off for a little while, but after some time I couldn’t help myself but start to investigate the prospect of an early career change. I decided to dip my toes into the water by researching how I could deviate from my current career trajectory and on to a flight path that felt was right for me. I started to browse for an educational institution and a training program suitable for airline pilots’ qualifications but found that most integrated programs cost between €70k-€100k. I read advice online that pointed to studying in a modular way, allowing me to breakdown the key elements, while simultaneously earning. Key pilot qualifications include:

Working in this way would allow me to tick off the modules individually while I saved for the next one — but the challenge for me here is that it would obviously take a lot more time. And I already felt like I had wasted enough time up to this point. I also found out that ATPL integrated training and airline cadet programs are also available to would-be pilots. This route allows recruits to learn all the skills and complete the necessary qualifications they need to become an airline pilot almost immediately. ‘Perfect!’ I thought. Until I soon found out that you need to pay the full amount up-front too… Pilot training schools often state that after their training programs, students are ready to work for airlines. However, as I was told by a former recruit at an open day, even after investing up to €100k there is no guarantee that you will get a job at an airline. So, as well as trying to convince a sponsor (in my case, my parents) to help me with the investment, I couldn’t guarantee when we’d see a return with a career, and a salary as a pilot either.

I was starting to stress as I didn’t want to choose between years of study, huge fees, and no guarantee of a job after completion. I was going to let go of my dream for the second time. I’m not sure if it was fate, but my father called me one day and asked if I had ever heard about BAA Training which he had come across online. I had heard of it, but what I didn’t realize is that they run a pilot training and employment program that guarantees a role as a pilot with one of their 5 airline partners. This was music to my ears and exactly what I was looking for. I raced to my laptop to find out more. I discovered that BAA Training had over 16 years of experience in the airline pilot training sector and have partnerships with trusted airlines including Vueling, LOT, Turkish Airlines, Avion Express, SmartLynx.

Even though the introduction to BAA was via my parents, they were also proving to be a key hurdle to clear with the funding aspect ― eek! And understandably, to be fair. However, we evaluated the return on investment for the BAA program to pinpoint how long it would take to start recovering our joint expenditure if I joined the program. According to our research and calculations, the investment would become profitable within 4 years from the start of the program to my first day beginning a career with an airline. 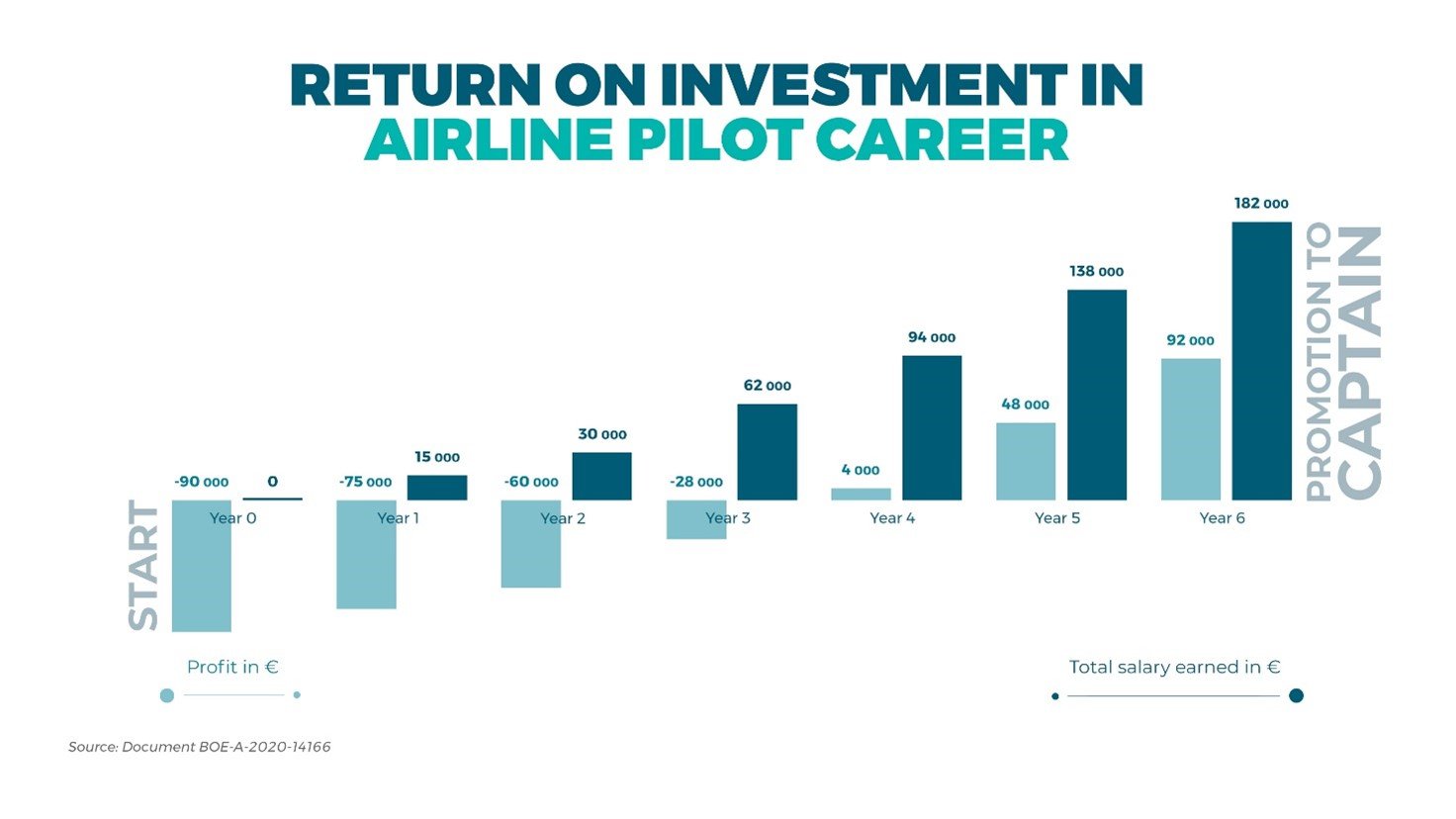 After multiple rounds of discussions, my parents agreed to work with me to supplement my savings and the loan I planned to take with my bank. I also met with a BAA Training consultant who advised me to opt for the BAA Cadet Program — this course would allow me to pass my qualifications and opt for a guaranteed airline role with one of the 5 airline partners that suited me the most. Once I had passed the initial assessment with BAA I was inducted onto the program and started to study. Throughout my training, I started to build strong relationships with my instructors who themselves were airline pilots, captains, or TRI/TRE instructors at well-known airlines. I had a sense that they were always on the lookout for talented individuals as well as leading us through the core training modules. It made me feel extremely positive and drove me to work harder. The great thing about the program was that my BAA consultant, Donata, was always available from start to finish. She ensured I had all the correct training equipment, resolved any questions I had, and provided assistance with anything I needed to succeed. She even provided me with additional technological innovations that I used independently at home ― most notably, remote theory training, and virtual reality glasses for MCC training.

By 20 months, I was airline-ready for a First Officer position and had been recommended by one of the instructors to become a pilot with WizzAir. I couldn’t believe it; less than 2 years of training and I was ready to fly! As a guide, the key milestones for me were:

If you have the same urge to fly as I had, don’t waste any more time, and follow your dream!