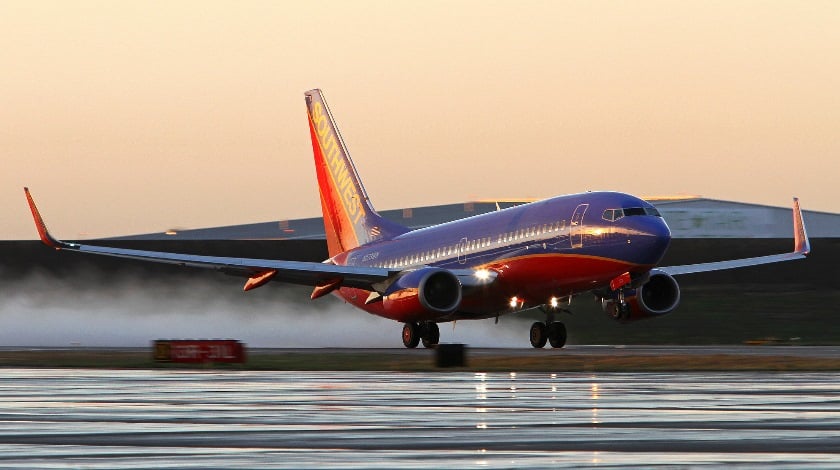 Southwest Airlines weathered hurricanes and a competitive fare environment to post a 29.6% year-over-year (YOY) net profit gain in the third quarter, and the Dallas-based carrier is confident about its prospects for 2018.

Citing multiple hurricanes that affected key Southwest markets—costing the Dallas-based carrier $100 million in lost revenue—as well as the mass shooting in Las Vegas and wild fires on the US west coast, chairman and CEO Gary Kelly said, “I don’t know that we’ve ever had a 60-day period in our history when we had to deal with so many external events … Despite all these challenges, it was a very good quarter and the fourth quarter looks better.”

Kelly and CFO Tammy Romo told analysts and reporters they believe minor issues with a new reservations system transitioned to in May are behind Southwest, and the carrier retired all of its remaining Boeing 737 Classics and introduced the 737 MAX 8 into its fleet during the third quarter. That puts the carrier is good shape for both the fourth quarter and 2018, they said.

“With the Classic retirements and the addition of the MAX, we see meaningful fuel efficiency gains in 2018,” Romo added.

Southwest has 10 737 MAX 8 aircraft in its fleet currently, with four more scheduled to be delivered by the end of 2017.