Special Liveries of airBaltic Airbus A220 Aircraft. Why? 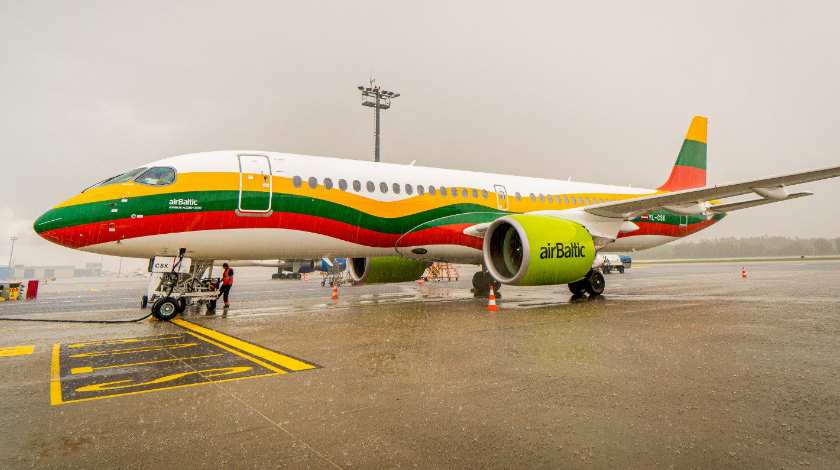 From now on residents of the three Baltic states are likely to spot up in the air three airBaltic Airbus A220-300 in very special liveries: each of the aircraft is dedicated to one of the Baltic states carrying the colours of their flags.

The last one to join the team was the Airbus A220-300 aircraft carrying the colours of the Lithuanian flag and the name of its capital – Vilnius. Earlier this year airBaltic lifted into the air the A220-300 named Tallinn, the capital city of Estonia, with the Estonian flag decorating the body of the plane.

The statement reveals that in order to create such stunning liveries, 15 professional painters, who were engaged in this work day and night for 1,000-man hours, used 250 liters of primer, paints and lacquer.

As it follows, the aircraft-pioneer of this initiative took exclusively Latvian livery. This way we have three flags of the Baltics waving high above the heads up in the European sky.

What is the Reason Behind?

Each livery bears a very symbolic meaning of strong bonds between the three countries and the growing presence of airBaltic within the three markets.

In Tallinn airBaltic has already based two of its A220-300 aircraft, whereas in Vilnius one A220-300 will find its home place starting from winter season of 2019.

“We are proud to provide the best connectivity to and from the Baltics. Today, we offer more than 80 direct routes from the Baltics. We are committed to the Baltic states and will continue our sustainable growth path helping the future development of Latvia, Estonia, and Lithuania”, said Martin Gauss, Chief Executive Officer of airBaltic.