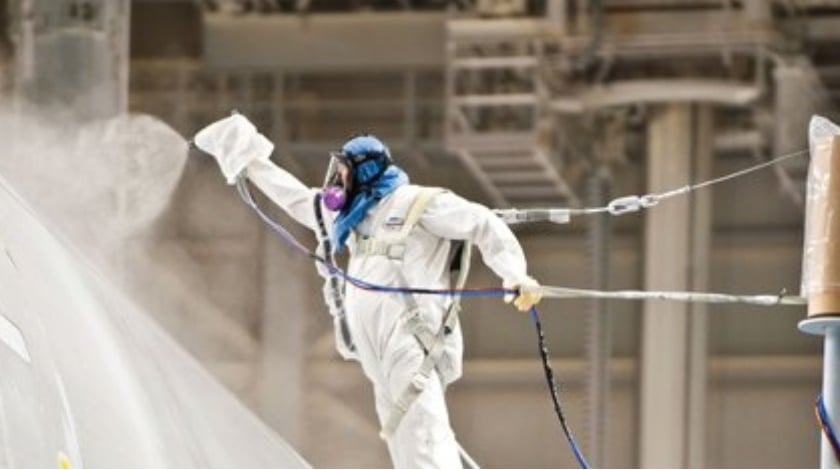 Global carriers with even more global alliance networks mostly have to keep operations safe and efficient and costs lean. Small and midsize airlines need to attract more attention, and one common way of doing that is with striking liveries. But these spiffy looks cannot be achieved without smart design and very good execution by paint shops.

For example, consider the new livery of the combined Alaska-Virgin America fleet. This More-to-Love livery was designed by an agency, Hornell Anderson. Alaska Airlines chose a paint shop then called Leading Edge Aviation, which has since been renamed as part of International Aerospace Coatings. IAC has facilities in the U.S, Asia and Europe.

Alaska says IAC was chosen because of its experience, quality of work and their ability to be flexible. “We have collaborated with them previously on other complex special liveries, and we work well together, says Alaska spokesperson Ann Johnson.
“The biggest challenge in The More To Love livery was creating the fade effect between the mica colors on the fuselage,” says IAC spokesperson Nikki Thomas. There are a total of 23 colors and eight of these are mica colors. “We met the challenge by having to use lasers to determine the fuselage fade.”

IAC used the Base Coat-Clear Coat system, originally developed by Mankiewicz and now supported by the major aircraft paint suppliers. This system enables many different colors to be used without lengthy waits for drying between colors. In addition, Thomas says BC-CC achieved the desired look of the fades and protects and enhances the Mica coatings used. BC-CC is expected to last longer than traditional aircraft painting systems. IAC expects the new livery to last seven years or more. PPG Aerospace Coatings supplied the BC-CC paint.

IAC’s painting staff now have extensive experience in unique paint jobs similar to the Alaska-Virgin livery. The company has six widebody hangars in the U.S. that can do the painting and, if desired, conceal new liveries until official unveilings.

In May 2017, IAC’s Victorville finished the new livery prototype on a 717 for Hawaiian Airlines N488HA. The prototype took more than 2,500 man-hours to complete, including engineering drawings and graphical design work. IAC has just been awarded the contract for Hawaiian’s new livery on the airlines’ A330s. IAC will use ten colors supplied by PPG for this livery.

Hawaiian’s look is somewhat different than Alaska-Virgin’s, with a welcoming and feminine Pualani, or Flower of the Sky, figure on the tail instead of a grizzled man. But both liveries are strikingly suited to the brands and markets of their airlines. Smart painting can enhance images and provides the first impression of an airline that most passengers have before actually flying on it.