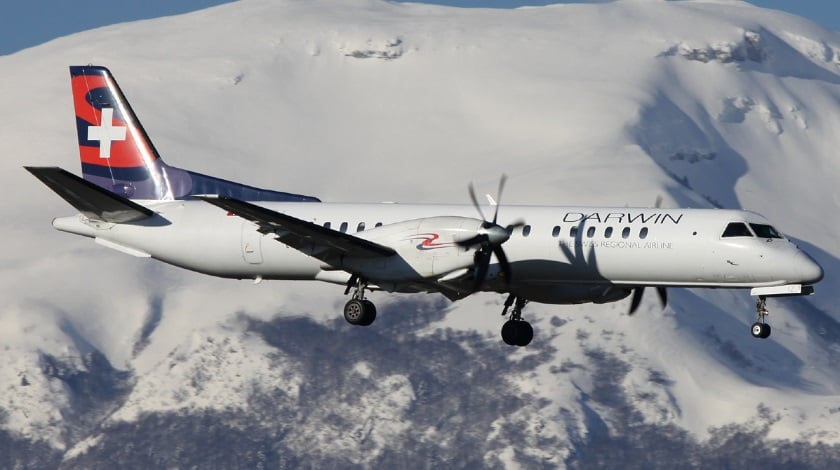 The Lugano, Switzerland-based carrier had in recent years traded as Etihad Regional until the Abu Dhabi carrier sold its 33.3% shareholding to Luxembourg-based private equity fund 4K Invest in July 2017. The new owners also own Slovenia’s national carrier Adria Airways. Darwin was to be rebranded as Adria Airways Switzerland for marketing purposes, although the Darwin name would remain legally alive.

On Nov. 27, Darwin filed for voluntary insolvency, the Swiss equivalent of Chapter 11, after a series of external developments, including the cessation of contracts with Italian flag carrier Alitalia and the collapse of airberlin, badly affected its financial situation. Within 24 hours, Swiss aviation regulator FOCA suspended the airline’s operating license, barring it from flying in its own right while allowing it to continue to operate wet-lease services on behalf of other companies.

Darwin had been willing to do this, a FOCA spokesman told ATW Dec. 15, but little appeared to change in the company’s fortunes over the following two weeks and a judge earlier this week announced the company’s bankruptcy. “The decision was taken because of the unbearable financial situation of the company,” the spokesman said.

Darwin, based for many years in the southeast Swiss city of Lugano, operated a fleet of six Saab 2000 turboprops and, more recently, four ATR 72-500s. The latter aircraft are believed to have been leased and have returned to their lessors.

“It seems they were trying to use [the Saabs] for other companies, especially for Adria Airways Slovenia, but they couldn’t do it,” according to the FOCA spokesman, who said it was not clear what would happen to the aircraft. “They were trying to sell at least one quickly, to raise some money in this period, but were unable [to do so].”

When 4K Invest took over Darwin, it appointed Heinrich Ollendiek as CEO. Contacted yesterday by ATW, he said he had left the company in September 2017. The airline’s telephone number went unanswered and its website appeared to be down.

4K Invest did not have a spokesman available to comment on the bankruptcy, insisting on written questions. Those had not been answered at publication time.