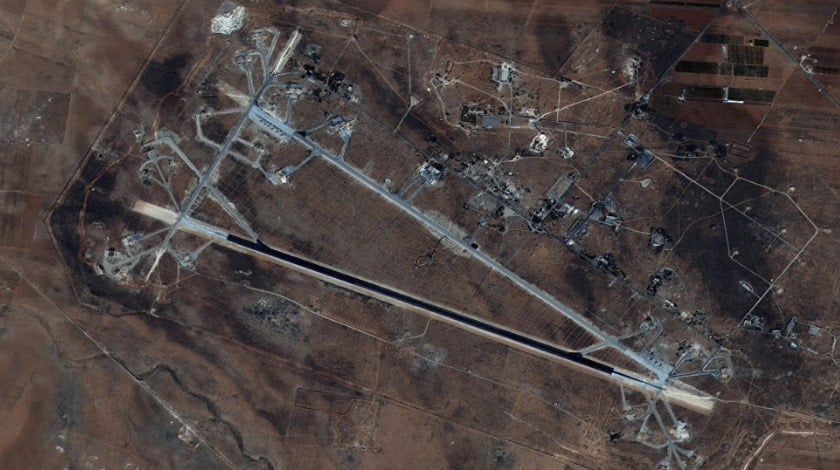 The Ash Sha’irat military airfield near Homs in Syria has been destroyed and its aircraft damaged in US missile strikes, the airfield staffer told.

Syrian television reports that flames continue to engulf the airfield following the attack.

“All aircraft located there have been damaged, you can say it is completely destroyed,” the staffer said.

US President Donald Trump said the attack was a response to the alleged chemical weapons use in Idlib on Tuesday, which Washington blames on Damascus.

US military ships in the Mediterranean launched the strike between 8 and 9 pm ET. No immediate information on possible casualties was available. The strikes targeted aircraft and infrastructure, including the runway, but not people, US officials told NBC.

Speaking on Thursday night, US President Donald Trump confirmed he ordered the strike, reiterating claims that the Syrian government was behind the chemical attack.

Syria’s government repeatedly stated that it never used chemical weapons, claiming that terrorist groups were releasing deadly nerve agents in their fight with the Syrian Arab Army. Russia’s Ministry of Defense alleged that deadly gas was released in Idlib on Tuesday after Syrian military aircraft bombed a facility that rebels used to produce chemical weapons.