The Air-Traffic System U.S. Airlines Wish They Had 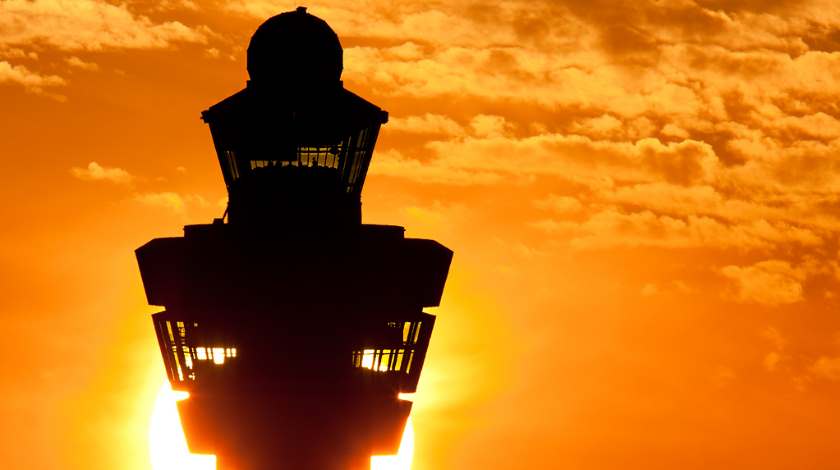 Flying over the U.S.-Canadian border is like time travel for pilots. Going north to south, you leave a modern air-traffic control system run by a company and enter one run by the government struggling to catch up.

Airlines, the air-traffic controllers’ union and key congressional leaders all support turning over U.S. air-traffic control services to a newly created nonprofit company and leaving the Federal Aviation Administration as a safety regulator. It’s an idea that still faces strong opposition in Congress, but has gained traction this year.

The model is Nav Canada, the world’s second-largest air-traffic control agency, after the U.S. Canada handles a huge volume of traffic between the U.S. and both Asia and Europe. Airlines praise its advanced technology that results in shorter and smoother flights with less fuel burn.

In Canada, pilots and controllers send text messages back and forth, reducing errors from misunderstood radio transmissions. Requests for altitude changes are automatically checked for conflicts before they even pop up on controllers’ screens. Computers look 20 minutes ahead for any planes potentially getting too close to each other. Flights are monitored by a system more accurate than radar, allowing them to be safely spaced closer together to add capacity and reduce delays.

And when flights enter U.S. airspace, pilots switch back to the old way of doing things.

The key, Nav Canada says, is its nongovernmental structure. Technology, critical to efficient airspace use these days, gets developed faster than if a government agency were trying to do it, officials say. Critics say slow technology development has been the FAA’s Achilles’ heel.

“We can fly optimal routes because of the technology they have. It makes a big difference,” American Airlines vice president Lorne Cass says. “These are things customers don’t see except they shave off minutes.”

Mr. Cass, who has worked for several airlines and the FAA, first visited Nav Canada in 2004 to see new technology. “They’ve always been pretty good at continuous modernization,” he says. “They just have more flexibility than the FAA has.”

Since New Zealand did it in 1987, dozens of countries have spun off air-traffic control services into some type of private or government-owned corporation, including the United Kingdom, Germany, France and Australia. Twenty years ago the Canadian government turned over air-traffic control services to a newly created not-for-profit corporation. Nav Canada has a board of directors, charges airlines and private aircraft for its services, sells bonds to raise capital and pumps earnings back into the company.

The U.S. has debated splitting the FAA into a safety regulator and a service provider since the 1990s. But this year was the first that legislation was actually introduced.

Rep. Bill Shuster, chairman of the House Transportation Committee, proposed creating a nonprofit corporate air-traffic control company modeled after Nav Canada. The legislation, supported by most U.S. airlines and, significantly, the air-traffic controllers’ union, made it out of committee in the House but was rejected by the Senate and now faces a floor fight if there’s any chance of resurrecting it this year. Mr. Shuster, a Pennsylvania Republican, vows to continue.

Critics of the idea say airlines could gain too much control of airspace and burden private jets and small planes with higher fees and more delays. Some in Congress have argued the FAA should remain under congressional oversight and others have suggested the FAA moves lots of airplanes safely and doesn’t need overhauling. The FAA has said it is working to improve its technology.

Nav Canada started when the Canadian government was bogged down with budget deficits and a major contract to build a new system for air-traffic controllers faced escalating costs, according to officials involved at the time. Staffing was frozen. Flight delays were growing.

“We had general dissatisfaction from everybody,” says Neil Wilson, Nav Canada’s chief executive. “We had a safe system, but it was not a system that was delivering all that it could.”

Moving to a company from government agency meant phasing out ticket taxes passengers paid and replacing that with charges assessed on airplanes. Airlines and corporate jets pay based on size and length of flight. Small-plane private pilots pay an annual fee of C$68 (about US$54) for unlimited use of air-traffic control services.

Fees have actually come down. Nav Canada’s third reduction in the fees it charges will go into effect later this year.

But the biggest change has been the ability to get new technology to controllers to improve flying.

Sidney Koslow, an air-traffic technology expert from Mitre Corp., a nonprofit launched by the Massachusetts Institute of Technology that advises government on technology, was recruited to Nav Canada two months before the government transfer. The new company could insist on real progress from the contractor developing new data-processing workstations for controllers and manage it tightly. The Raytheon Corp. contract turned into a major success, he says, creating a system now used in other parts of the world as well.

In government, you often need giant programs with huge promises to get funding. But Nav Canada opted for small projects, often with no idea what the outcome should look like. The company hired a corps of techies that the federal agency had never had and involved controllers in development.

Data linkage between cockpits and control centers is one example. Text messages with cockpits have been in use across oceans, in parts of Europe and across all of Canada for several years. Controllers in Montreal who handle planes to and from North America and both Europe and Asia say the texting system virtually eliminates problems of mishearing instructions and readbacks over the radio because of foreign accents.

Another innovation adopted around the world is electronic flight strips—critical information about each flight that gets changed on touch screens and passed from one controller to another electronically. Nav Canada has used them for more than 13 years. Many U.S. air controllers still use paper printouts placed in plastic carriers about the size of a 6-inch ruler that controllers scribble on.

American’s Mr. Cass says it’s unfortunate controllers at US airports are still using paper strips. “The person who says “cleared for takeoff” is the last to get the latest information because it’s printed out on other side of the room,” he notes. “Frontline controllers do a hell of a job. They do the best they can with what they have. There’s no doubt they have to be creative sometimes.”

On a recent day, KLM Royal Dutch Airlines Flight 25, flying from Amsterdam to Houston, sent a message asking to climb to 36,000 feet, which was quickly granted with one click. One mouse click actually does three tasks for controllers: It changes the plane’s flight plan, changes the information strip and instructs the pilot to make the change. Then 36 minutes later, the same plane requested a climb to 38,000 feet.

The FAA is rolling out data messaging with pilots on the ground, delivering clearances to cockpits by text before they push back from the gate. An FAA spokeswoman says data communications in the air will be deployed in fiscal year 2019.

Jerome Gagnon, a shift manager in Montreal’s control tower, says the electronic system has reduced workload, errors and noise. “We don’t want controllers to just be heads down. There’s a lot of stuff that happens out the window,” he says.

Rarely do controllers have to call each other to coordinate flights anymore, but making changes with the FAA on cross-border flights can’t be done electronically.

As he explains the process in the Montreal tower, other controllers start laughing. One blurts out incredulously: “You still have to call the FAA by phone!”