Differences Between Passenger and Cargo Pilots 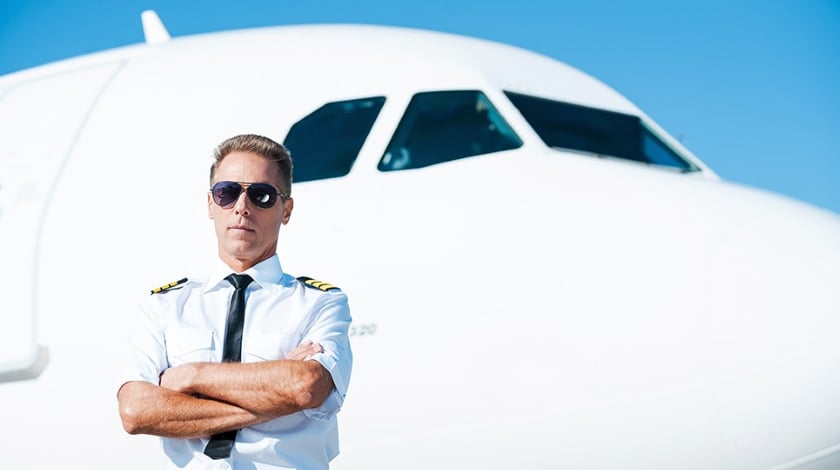 Probably, when you think about the pilot, the first picture appearing in your mind is a pilot stepping onto the aircraft to perform a flight. And somewhere in that picture there are always passengers involved. But what about those pilots who don’t carry passengers?

Well, there are those who carry cargo. Air cargo is a high value industry with 35% of the world trade value carried by air. However, the profession of a cargo pilot is slightly mysterious as we often associate aviation with passenger airlines and their pilots. As well as passenger airlines, cargo ones also belong to commercial aviation. However, there are some questions which usually appear when talking about cargo airline pilot. Do they have lower health requirements? What licence one should get? What experience is required? What is the pay and working conditions? etc. Here are some answers that might help you to better understand the cargo pilot profession.

Both pilots, either cargo or passengers, have the same goal and mission – to transport the content of their aircraft hull safely, from one place to another. That is why the training remains the same and so do the skills. Once you decide to become a passenger or cargo pilot, you will need to acquire a proper licence. This can be achieved through three training routes – modular, integrated or cadet program with an airline.

For example, by choosing a modular commercial pilot licence (CPL(A)) program, you can divide your studies into modules. In this course, a Private Pilot Licence (PPL(A)) comes first and then you proceed with ATPL theory course. The second option is to choose an integrated ATPL(A) program to obtain a frozen ATPL. This program is intensive and, as a result, the fastest way to start your Type Rating.

However, obtaining a pilot cadet program with an airline is the most secure way of completing your training.

It is the same ATPL integrated training program for a pilot’s licence except that the main benefit of it is a conditional employment guarantee from the airline before even starting the training.

In order to become a pilot, you must obtain EASA 1st Class Medical Certificate.

This certificate is a mandatory requirement for either cargo or passenger airline pilot, as both of them operate commercially. Since you will be required to attend a medical assessment periodically, you must maintain a fit and healthy lifestyle in order to prolong your career.

While each airline has its own specific requirements, flying for a major cargo carrier legally requires the exact same flight time as flying for a passenger-carrying airline. This number depends on the specific airline. For example, the world’s largest courier service company, DHL, prefers candidates for their FO position with a professional flight experience with no less than 1,000 hours. Another global logistics company, UPS, mandates at least 1,500 hours of total fixed-wing pilot time to become a FO.

According to the pilot job offers posted on pilotjobs.io, the preference of required total flight time (TT) varies among different airlines. Some of them prefer candidates with 2,500 hours of TT, the others choose candidates having 1,500-2,000 hours of TT.

Totally different requirements are applied to a cargo captain’s position. There you have to obtain at least 5,000 hours of TT and 500 hours of pilot in command. As you might have realised, there is a lot of flight hours to accumulate, even when you operate the aircraft filled with boxes, not passengers.

Both passenger airline and cargo pilots operate the same fixed-wing aircraft types (Boeing 737, 747, 767, 777, Airbus A300, A320, A330, etc.). The type of the aircraft depends on the company you are applying to. Most of the freight companies prefer the most popular models of Boeing and Airbus, same ones used for passenger aircraft. In fact, almost all current cargo aircraft are derivatives or conversions of passenger aircraft. They are usually designed and converted to the transport of cargo rather than passengers.

As you may see, the types of cargo aircraft are the same as the ones used by passenger airlines.

Sometimes you can find a giant aircraft that was originally designed to be an efficient freighter: Antonov An-225 Mriya, able to contain up to 280 tons, or Boeing 747 Dreamlifter with its 113,4 tons of the maximum payload capacity.

As a cargo pilot, you will find yourself flying on a variety of schedules. Domestic, international, 1-day trips, 14-days trips, all-daytime flying, all-night time flying and every combination of these is available.

The main difference between cargo and passenger airline pilots is that cargo pilots mostly fly at night, which means that they have to operate outside of their normal circadian rhythm and sometimes it could be quite challenging to manage fatigue. Fortunately, cargo pilots tend to get more time off as a result. They usually work on week on/week off pattern and it strongly helps them to recover. There is a general opinion among cargo pilots that the most rewarding aspect of their profession is a great amount of their home time.

You may have heard that most pilots have free or reduced-rate travel privileges for themselves and their family members. In fact, flight benefits and discounts are very rare and small when you are a cargo pilot. Only a few of them get some small discounts for their own tickets. It only occurs when a cargo pilot works for airlines which operate not only as a cargo, but also as a passenger carrier, for example Lufthansa or Emirates.

However, almost every cargo aircraft is forbidden from carrying non-employee passengers. The only privilege for cargo pilot is discounted shipping, offered by the main freight companies. Of course, there could be some privileges for your family members as well, but nobody wants to travel in a box…

After looking through some differences between cargo and passenger airline pilot jobs, you may ask the question „Do cargo pilots get paid better than those flying for passenger carriers? “. Actually, the answer is quite traditional – it depends.

Salary of cargo pilots is largely based on how long they have been in the business, how many hours they have flown, if they are FOs or PICs, and what type of aircraft they operate. There is a huge difference whether you operate a smaller aircraft or a large one, which is capable of crossing oceans and earning a significantly higher profit.

According to paysa.com, FOs flying for the main freight companies (FedEx, UPS, DHL) earn closer to 72,000 – 77,000 EUR a year on average. It slightly differs from what the passenger airline pilots make. For example, FOs of passenger airlines Lufthansa and Air France earn 76,000 – 77,000 EUR a year on average (glasdoor.com data). Keep in mind that these figures are meant to be used as a general guide and there will always be exceptions above or below the figures. Each airline has its own pilot pay scales which will vary with the type of operation and aircraft type. As you may see now, salaries of both passenger airline and cargo pilots differ slightly. However, experience strongly influences the earnings for this job.

Choosing between a career as a passenger airline pilot or a cargo pilot is ultimately less of a compensation matter as much as it is a matter of your preference. By assuming that the required knowledge, skills and training are the same for both, your choice depends on your perspective. If your interest in aviation extends beyond just “flying” and includes the “people” aspect of aviation (other crew members, passengers, gate agents, etc.), then passenger operations may be a better choice.

If you enjoy moving racing cars with Boeing 757-200SF Freighter to places you have never heard of, then a career as a cargo pilot may be best. It could be the most rewarding time if you have the right attitude and enjoy what the job has to offer.