The Rivalry Between Heathrow and Gatwick Airports 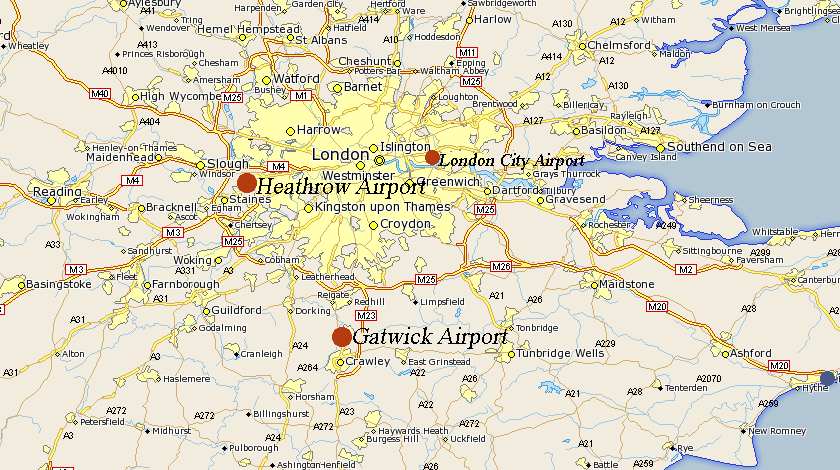 By being the small island in a large ocean it is crucial for the United Kingdom to be well connected. It has had the world’s largest port and airports on its shores for the last 350 years. The trading connections have literally put it at the center of the map. However, Britain’s status as a global aviation hub is uncertain. Other major airports like Paris, Frankfurt, Amsterdam and Dubai are all poised to overtake Heathrow (currently the biggest airport) as the most important hub for international passengers in the nearest future. The question which arises is how to maintain this status?

The UK Government has set up the Airports Commission which should make the recommendations on how to maintain the global aviation hub status. The decision clears out that there is a need of additional runway in the region. However, the final decision on which airport to choose is being postponed creating the rivalry between two major airports – Heathrow and Gatwick.

Which airport should win this game? Heathrow points out that there could only be one successful airport in the region while Gatwick proposes making two competitive world class airports. There is no easy option. Every proposal has its own pros and cons. Both have significant cost for individuals and communities. The decision is tough but it is set to be made in the middle of the summer.

Heathrow’s ‘one hub or none’ approach

Heathrow airport takes the approach of only one major airport in the UK with ‘one Premier League airport to compete, not three second-tier airports’. No doubt it is well placed and has the best connected airport status. Heathrow currently welcomes more international passengers than any other airport in the world and is one of only six airports in the world serving over 50 long-haul destinations. It currently faces the problem that the operating capacity is almost full with the load of 98%. It is believed that Heathrow would be the best to invest with the Government’s vision for Britain to win the global race for jobs and economic growth.

The proposing opinion: it is not possible to have two successful hubs in London because splitting the hub halves the pool of transfer passengers. A successful network depends on having a central hub – the passenger transfer of every arriving flight support the viability of every departing flight. A hub airport to the West of London is the best location for the UK’s hub. The current center of UK’s economic gravity is to the West of London. 202 of the UK’s top 300 company HQs are within a 25-mile radius of Heathrow.

Heathrow argues that Gatwick’s proposal for competing two-runway airports in the South East would not deliver a UK hub with the size and scale to compete internationally or provide the long-haul connectivity which future jobs and growth depend on. There are no European countries with two major hubs.

Heathrow sees this opportunity to expand not only beneficial for itself but also for the society as well. Greater choice of destinations, airlines, and flights from UK regions together with greater choice of onward transport and lower fares are all precious benefits for customers.

It commits to protect 114,000 existing local jobs and create tens of thousands of new jobs nationwide by developing its local employment, apprenticeships and skills programs and supporting a supply chain throughout the UK. It aims to equally reduce aircraft noise by encouraging the world’s quietest aircraft to use Heathrow and routing aircraft higher over London so that fewer people are affected by noise than today. It also commits to lessen the noise impacts for people under flight-paths by delivering periods of noise respite with no aircraft overhead and providing noise insulation for people in high-noise areas.

The economic benefits would be significant for the UK. Additional runway will create jobs, facilitate trade, boost spending in the wider economy and improve public finances. Estimated benefits of £100 billion present value (PV) would accrue to the UK from expanding Heathrow the majority of which accrues to the wider economy.

The expansion would not be just a short-term fix. All of the options for three runways have been designed so that they are capable of evolving to four runways if it is ever required to do so. It is believed that a third runway provides sufficient capacity until at least 2040 and demand beyond this point is very difficult to predict now.

Contrary to Heathrow’s approach, Gatwick strives for the second world class airport in the UK. The second runway will deliver the UK the same number of passengers, the same number of long haul routes, better UK and regional connections, and the economic boost the UK needs. And all of it can be done with a dramatically lower environmental impact, at less than half the cost of Heathrow, and no public subsidy.

On the contrary to Heathrow’s ‘one hub’ opinion, Gatwick takes an example of truly global cities like New York, Paris, and Tokyo which do not rely on one mega hub to serve all of their air travel requirements. They spread the capacity through a network of airports, giving passengers more options and more opportunities to fly – exactly what Britain needs for the future. Two world class airports will keep UK’s aviation competitive and ensure the country keeps up with the rest of the world.

Building a new runway in the South East would allow around 200,000 extra flights a year to and from Britain. If those flights all land at Heathrow, then only one airport will control the majority of the air traffic in and out of the country, resulting in less choice, less innovation, and less impetus to improve things for passengers.

Gatwick states that the expansion will not only boost British economy but passengers will also enjoy better service and lower fares as a result of greater competition in the industry. It believes that two world class airports will provide the needed flexibility.

The plan is to expand rail capacity serving the airport by 2030. Tripled capacity will help to reach 175 stations directly and more than 1,000 stations with only one transfer.

In comparison to the 320,000 newly affected people in the Heathrow-affected area, only 18,000 people would be additionally affected by noise if Gatwick built a new runway.

By keeping a successful hub in the UK means that British passengers have a greater choice of air links. The question still remains unclear whether Britain will have one hub or two competitive airports. However, nobody believes the Airports Commission’s decision to recommend an additional runway at one or another airport would end the saga of airport expansion.