The Transatlantic Market in Summer 2016 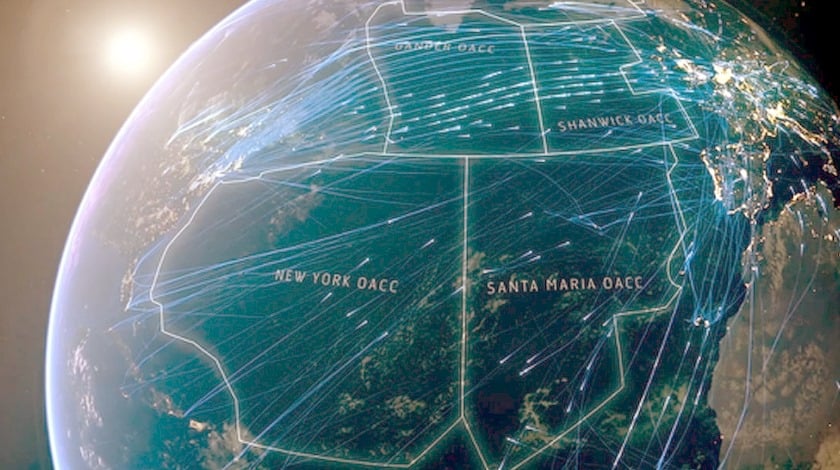 The Transatlantic market between North America and Europe is still the single largest intercontinental market in the world, and with dozens of airlines offering nonstop service on trans-Atlantic routes, it is also highly competitive.

After 2012 and 2013 featured a tepid growth in the face of staunch capacity discipline for major U.S. airlines and financial woes for European carriers, 2014 and 2015 saw a sharp rebound, with annualized capacity growth over five percent in each year. 2016 would appear to feature much of the same (with an accelerated pace due to the low cost of fuel), as targeted growth from legacy airlines blends with rapid growth from upstart and low cost carriers (LCCs) to drive increased capacity and traffic overall.

As we converge upon what will likely be yet another record summer for trans-Atlantic travel, the following is our analysis of some of the key trends that will shape the Trans-Atlantic market in 2016.

The Battle of the Joint Ventures

It is impossible to analyze the Trans-Atlantic business without paying close attention to the joint venture (JV) partnerships enjoyed by airlines on both side of the ocean. Usually corresponding to one of the global airline alliances, these JV partnerships provide anti trust immunity (ATI) to sets of airlines, allowing partners from either side of the Atlantic to coordinate on prices, schedules, and strategy, effectively operating as one airline on trans-Atlantic routes. Oneworld has a JV centered on International Airlines Group (British Airways, Iberia, and Vueling) and American Airlines, with Finnair included as well.

These JVs have irreversibly reshaped the market. Together, they control close to 75% of Transatlantic capacity and a higher proportion of revenue, and those figures will only go up once Aer Lingus joins oneworld. This near-oligopoly position, predictably, has been bad for consumers, as average one way Transatlantic air fares are 22% higher than they were in 2000, while domestic air fares are down more than 15% over the same time frame according to CAPA and BTS respectively. The rise of JVs has also created a dearth of competition in the Transatlantic market. So any analysis of the Transatlantic market must be primarily through the lens of JVs.

Along those lines, a key upcoming development for oneworld is the addition of Aer Lingus to the Transatlantic JV, which will give the JV an additional trans-Atlantic hub on the European side. After cutting several long haul destinations, today Aer Lingus serves 10 Transatlantic routes from Dublin, 9 in the United States and 1 in Canada (see below). Aer Lingus also serves Boston and New York JFK from Shannon, and has grown its long haul fleet to include 11 air frames in all (4 Airbus A330-200s, 4 Airbus A330-300s, and 3 Boeing 757-200s operated via wet lease from ASL Airlines Ireland).

By virtue of its geographic location as the third westernmost European hub (after Reykjavik and Lisbon), the size of the market (nearly 2x the origin and destination [O&D] traffic of Lisbon and 4x that of Keflavik), and its position on the exact route path followed by many Transatlantic flights, Dublin is a powerful connecting hub for Transatlantic routes. Earlier this decade, Aer Lingus had consolidated its Transatlantic flights down as it dealt with the rise of Ryanair on its core European routes. Now that Aer Lingus has successfully positioned itself vis a vis Ryanair in the short haul market, it has once again turned its eyes to long haul growth, resuming flights to Los Angeles, San Francisco, and a host of other destinations. This changes the dynamics of the battle of the JVs by giving oneworld another strong Transatlantic hub (especially when adding in American’s flights).

The addition of Aer Lingus will only increase the pricing power and market control of the main JVs. Luckily, the nascent seeds of competition are being sown by European low cost carrier (LCC) Norwegian Air Shuttle, which has rapidly built a long haul low cost operation serving mostly Transatlantic flights (along with vacation flights to Bangkok, Thailand). Norwegian uses the ultra-efficient Boeing 787 Dreamliner on its long haul flights (8 787-8s and 1 787-9 thus far), and has found these aircraft to offer attractive economics for long haul flights.

Norwegian began its long haul operation from Scandanavia in May 2013, opening with long haul flights from Scandanvian bases to the US and Thailand. Despite heavy opposition and a legal challenge led by US airline employee groups, Norwegian quickly found success with its ultra-low fares and no-frills business model. Of course it helped that fuel prices took a nosedive at the end of 2014, but Norwegian’s expansion continued unabated.

The airline quickly expanded outside of its core bases in Scandanavia, plotting long haul flights from London Gatwick (finally giving the Brits a spiritual successor to Laker Airways), Paris, and even Cork, Ireland (with Boeing 737) to Boston.

That final route is illustrative of the broader trend that Norwegian has kicked off of innovation from LCCs and even ultra-low cost carriers (ULCCs) in the TATL market. Thanks to a market that has consolidated towards high fares, there is plenty of space for new entrant and LCC airlines to carve out a niche across the Atlantic, particularly with leisure travelers.

The legacy airlines are sure to respond, as they have in Scandinavia (where air fares plummeted in 2015), by slashing fares against Norwegian and its peers. But low fuel prices will keep the LCCs afloat against the big boys, in particular because they allow for cross-subsidization by short haul markets – the current situation at Norwegian.

It would be remiss also not to mention the rise of the Icelandic airlines, specifically WOW Air and Icelandair, who have built a pair of nifty connecting complexes at Keflavik. Since Iceland is effectively placed close to the midpoint of Transatlantic travel, airlines based there can effectively serve the Eastern half of North America and most of Europe with narrowbody aircraft, and connections require almost no backtracking.

With this as the backdrop, both WOW Air and Icelandair have begun to win Transatlantic market share from airlines on either side of the Atlantic. Indeed the rise of Iceland is a key trend to monitor in the coming years.

The A321neoLR will change the game

But the biggest long run trend to watch for is what the A321neo and A321neoLR (and to a lesser extent 737 MAX 8) will do to the core Transatlantic markets between the East Coast and Western Europe. Even though the 757’s effect on Transatlantic travel is sometimes overblown, there was a very real market shift when US carriers began deploying the 757 on these routes such as Chicago – Manchester or Newark – Malaga. By enabling the service of long and thin markets, the 757 began the process of fragmentation that currently rules in short haul travel on either side of the Atlantic.

The A321neo/LR is some 30-35% more economical than the 757 and will accordingly drive a much larger shift towards the service of secondary and tertiary markets from hubs like Newark, Philadelphia, and Boston on the American side, and from London/Paris/Dublin/Amsterdam on the European side (Frankfurt is further inland so the effect will be more muted). The 737 MAX 8 will also play a role, particularly from Ireland and the UK, but on the whole, we expect the A321neo to create non-stop services on 30-50 new airport pairs within its first 5-6 years of existence.

That is a marked shift in the way that the Transatlantic market currently operates, and while some of the benefits will certainly accrue to existing behemoths like Delta Air Lines and British Airways, we expect new players like JetBlue to use the technology shift to stake a claim on a portion of the Transatlantic market. JetBlue is well positioned to turn its rapidly growing operation at Boston into a well-positioned Transatlantic gateway, and we expect the airline to begin this process almost as soon as the A321neo arrives.

Indeed, the history of the Transatlantic market is a never ending procession of continued fragmentation enabled by the latest and greatest technology. The 767 and A310 opened new flights in the 80s while the A330 and later the 757-200 added new options in the late 90s and 2000s. Now it’s the A321neo/LR’s turn, and given that single-aisle aircraft are almost always more efficient than twin-aisle ones for a given flight distance, we would not bet against the A321neoLR shaking up the market substantially in the coming years.a