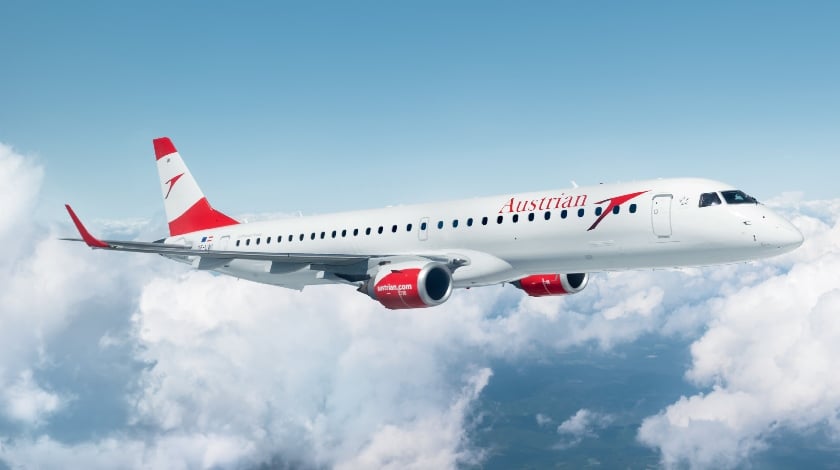 Another Embraer aircraft took off on its initial flight OS 375 from Vienna to Amsterdam. The Embraer featuring the registration number OE-LWE is the thirteenth aircraft of this type in the Austrian fleet.

As a result, the red-white-red carrier operates the largest Embraer 195 fleet in Europe and the second largest worldwide after the Brazilian airline Azul. The Embraer jets are deployed on short- and medium-haul routes in Central and Eastern Europe, thereby flying to more than 60 airports. Until the end of 2017, Austrian Airlines will integrate a total of 17 aircraft of this type into its fleet, thus successively replacing 21 Fokker jets.

The Embraer jets consume about 18 percent less fuel per aircraft seat than the Fokker, and are thus much more environmentally friendly.

The fleet renewal program also enhances travel comfort: the cabin, which has a 2-2 seat configuration, is particularly spacious thanks to its ergonomic design and therefore offers passengers a feeling of enjoying more space. The Embraer jets have an average age of four years and have a seating capacity for 120 passengers. The list price of an Embraer jet is about USD 52 million.