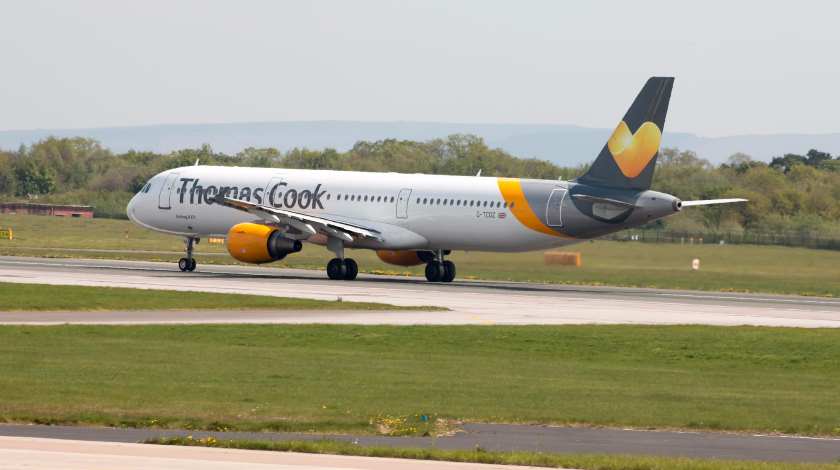 Thomas Cook, a British tour operator, has filed for insolvency. After the Company’s stakeholders and proposed new money providers did not succeed in reaching mutual agreement, the company “had no choice but to take steps to enter into compulsory liquidation with immediate effect”.

This failure is considered to be the biggest ever of the UK holiday company. Over 150,000 British holidaymakers were left stranded (it is almost twice the number that were repatriated following the failure of Monarch). Thousands were left with their flight and holiday bookings that will never become a reality. All the companies in the group have ceased trading, including Thomas Cook Airlines.

The information has been also confirmed by the Civil Aviation Authority (CAA) UK.

The UK Government and the CAA are making all the efforts to support affected passengers and help them fly back to the UK. The repatriation flights will be operated either by the CAA or by using existing flights with other airlines until 6 October, 2019.

The CAA has also warned customers travelling from the UK, as all the flights with Thomas Cook from the UK were also cancelled.

“If you are booked on a Thomas Cook Airlines flight, please do not go to your UK airport, as your flight will not be operating. The Civil Aviation Authority’s repatriation programme will not include any outbound flights from the UK”, said the statement.