TOP 5 Must Visit Aviation Museums in the World 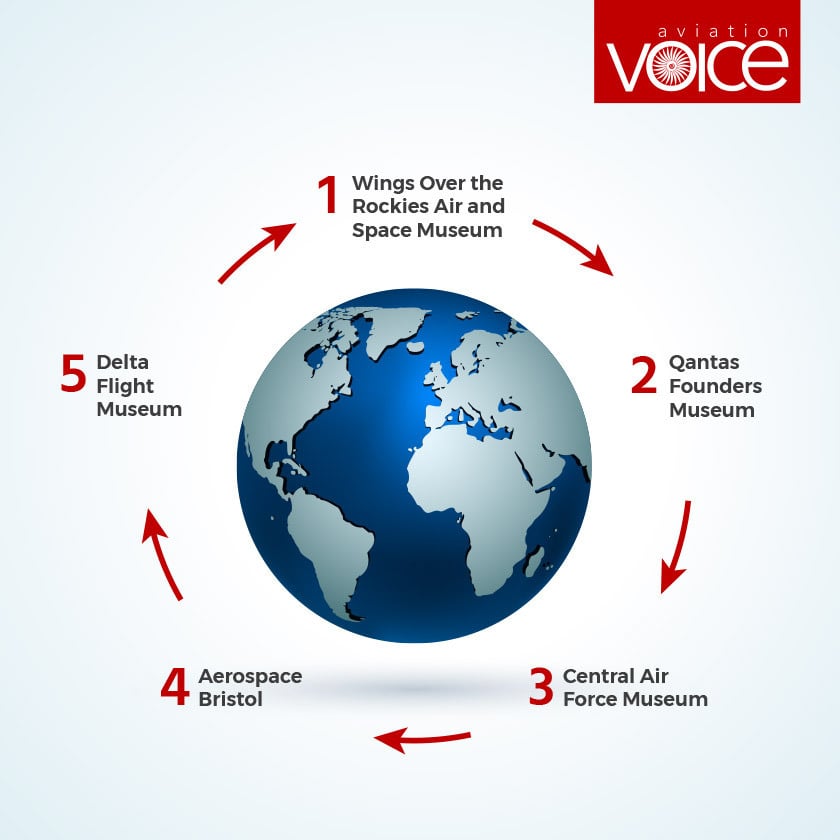 Aviation is becoming increasingly important in our daily lives. For more than a century aviation has been changing the way the world works – and now it is impossible to imagine our life without the input of aviation.

Because of this reason it is worth getting better acquainted with the aircraft types and the way they are operating. To help you understand better, we suggest you visiting any of the following five aviation museums scattered all around the globe.

The production of older aircraft was in many ways different to the ordinary aircraft. Thus, there is loads to discover at Aerospace Bristol: aeroplanes, helicopters, missiles, satellites, engines and interactive exhibits for all ages.

Worth highlighting that this museum is a must visit place for the fans of the iconic Concord aircraft. The visitors could take pleasure in wandering around the world’s fastest passenger jet and even get an opportunity to see how Concorde’s cabin looks like.

This museum is the true treasure for Qantas lovers, as it tells the story of Qantas through interpretive displays, interactive exhibits, original and replica aircraft, etc. Its aircraft collection incorporates four of the world’s most significant aircraft – the Consolidated PBY Catalina Flying Boat, Douglas DC-3, Boeing 707 and the legendary Boeing 747.

In addition, it has full scale replicas of some of the most important aircraft in the early Qantas fleet – de Havilland DH-61 Giant Moth, de Havilland DH-50, and Avro 504K Dyak; Qantas’ first aircraft.

The Central Air Force Museum is one of the world’s largest aviation museums having the largest collection of aircraft, including 173 aircraft and 127 aircraft engines on display.

The exposition presents such Soviet aircraft as conventional planes, helicopters, gliders and even some unusual flying machines. Along with military aircraft, visitors can enjoy exploring a few civilian planes on display, one is of a particular note – the Tupolev 144.

4. Wings Over the Rockies Air and Space Museum

This military museum boasts more than 182,000 square feet of hanger space full of B-1A Lancer and B-52 Stratofortress bombers, artifacts, military uniforms, space vehicles and much more. Also the visitors can get the thrilling experience of flying in flight simulators or explore various educational programs, participate in museum sponsored events.

This museum is for Boeing lovers. The visitors can find there such aircraft as Boeing 767, Boeing 757 and the first Boeing 747-400 ever built! Also, there are some smaller historical planes to see.