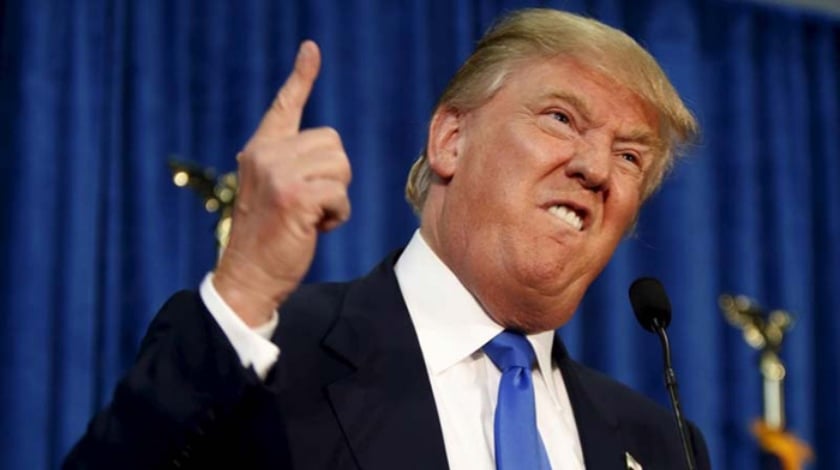 President Donald Trump’s ban on nationals from seven mainly Muslim countries entering the USA appears to be deterring travellers from other countries around the world too, according to data from ForwardKeys, the travel intelligence analyst, which monitors travel patterns by analysing 16 million flight reservation transactions a day.

The findings show that after Trump’s initial travel ban (imposed on January 27) net bookings issued from those seven countries (Iraq, Syria, Iran, Libya, Somalia, Sudan and Yemen) between January 28 and February 4 were down 80% on the same period last year.

Significantly, ForwardKeys also looked at wider international trends in bookings to the US and discovered a 6.5% negative variation compared with the equivalent eight-day period the year before. It suggests the turmoil over his ruling is putting off people travelling to the US from many regions of the world, beyond the Middle East. (The analysis excludes China and Hong Kong because of the seasonal effect due to the timing of Chinese New Year.)

For the Middle East as a whole – beyond the banned countries – during the last year, bookings to the USA were already down 8.8%, but focusing on bookings issued from January 28 to February 4, they fell 38%.

Bookings from Saudi Arabia were down 60% but the substantial decrease is probably due partly to a school break, from Jan 26 – Feb 5, which fell at a different time last year.

Whilst travel bookings on any given day can be significantly up or down compared to the same day a year before, variability over a few consecutive days is typically much less. The eight-day period coinciding with the travel ban is the first time since before the presidential election in early November that there has been a consistently long run of negative variations compared with the equivalent period the year before. For reference, inbound bookings to the USA for the whole of the past year were down 0.4%.

After Federal Judge James Robart placed a temporary block on Donald Trump’s travel ban, bookings to the USA from Iran, on February 3 and 4, saw a dramatic surge, five times higher than same two days last year. Most were for arrival on February 5 and 6 and with lengths of stay of 22 nights or more and, according to ForwardKeys data, Iran was the only country to see such a surge following the suspension of the ban.

It should be noted that ForwardKeys monitors the true origin of trips, not the nationality of travellers. Therefore, figures for travel from places like Iran may include expats living there and returning home. Also, there are nationals of the seven banned countries living elsewhere who were prevented from travelling to the USA.

Taking a look ahead at bookings for future US arrivals over the next three months, the seven banned countries are behind 15% on last year. However, on January 27 they were 10% behind. This illustrates how the travel ban worsened an already negative trend. Total international bookings for US arrivals for the coming three months are currently 2.3% ahead of last year. However, just eight days before, they were running 3.4% ahead.

Olivier Jager, CEO, ForwardKeys, said: “The data forces a compelling conclusion that Donald Trump’s travel ban immediately caused a significant drop in bookings to the USA and an immediate impact on future travel. As inbound travel is an export industry (it earns foreign currency), this is not good news for the US economy. However, one must bear in mind that this is just an eight-day snapshot from when the ban was put in place and we will continue to monitor what happens as the political situation develops.”