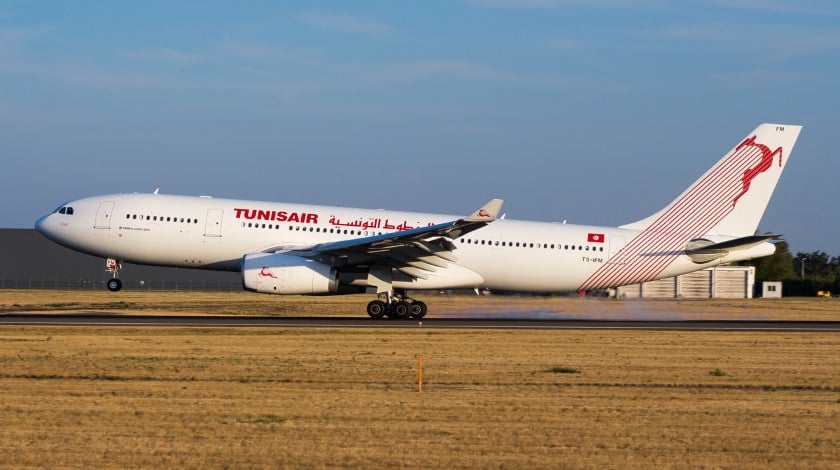 Loss-making Tunisair is seeking governmental approval to lay off 1,200 of its currently bloated 8,000-staff workforce. The flag-carrying airline is 74% owned by the Tunisian government.

The carrier is currently struggling to keep aircraft in service owing to restricted cash flow, the consequence of an excessive wage bill, which is stopping it from buying much needed parts. Currently it is operating only 24 of its fleet of 30 aircraft.

The current government has met with strict opposition from unions where previous attempts to trim the workforce are concerned. As a comparison to highlight the problem, neighboring state-owned Royal Air Maroc has over 50 aircraft and employs just 3,300 workers.

According to Elyess Mankabi, the company’s chief executive, “In all parts of the world, each plane is supposed to have about 80 employees but at Tunisair, each plane has 165 workers, which is hitting the company’s balance sheets.”

Tunisair is also about to face stiffer competition from foreign airlines as the country prepares itself for joining the European Union’s Open Skies agreement.

This will see all but Tunisair’s main-base airport, opened up, Tunis-Carthage International Airport will follow suit in four years’ time.

Mankabi has also commented that: “It will not be easy for the company after Open Skies, (which could come into force this year), But we have a reform program for the company. If implemented, we will be in the right direction.” It is understood the restructuring plan will cost approximately one billion Tunisian dinars ($363 million).

Tunisair intends to lease six aircraft in 2019 to boost its fleet as the airline launches two new routes in Africa to Sudan and Cameroon.