Turbulence Injures 16 on Evelop Airbus A330 Flight Over Ethiopia 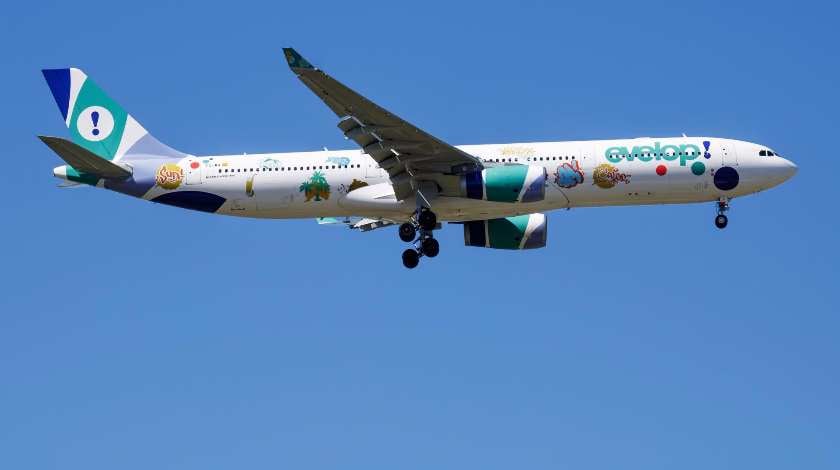 An Evelop Airlines Airbus A330-300, registration EC-MII performing flight E9-838 from Mauritius (Mauritius) to Madrid,SP (Spain) with 353 people on board, was enroute about 4 hours into the flight, approximately Somalia to Southern Ethiopia, when the aircraft encountered severe turbulence causing cabin crew and passengers to impact the cabin ceiling before coming back down.

Two doctors on board provided first aid to the injured. The flight crew continued the flight to Madrid, requested ambulances to meet the aircraft on arrival and landed without further incident. 16 people were assessed by medical services at the airport, 14 of them were taken to hospitals and were later discharged.

A passenger told The Aviation Herald that they were enroute about 4 hours into the flight when the aircraft encountered severe turbulence causing the aircraft to drop, everything loose flew up to the cabin ceiling, the passenger felt levitation and hit the ceiling, too.

A number of crew and passengers were injured, there was damage to cabin ceiling and luggage lockers.

Passengers quoted by various media suggest the turbulence occurred between 2.5 and 6 hours after departure (editorial note: at 2.5 hours the aircraft was over the Ocean south of Somalia, at 6 hours the aircraft was enroute in the area of northern Sudan/southern Egypt – the route took the aircraft to near Mogadishu (Somalia), Addis Ababa (Ethiopia), Khartoum (Sudan) and to Cairo (Egypt)).

AENA (Spanish Airport Operator) reported 16 people needed medical attention due to bruises and cuts. 14 people were taken to a total of 5 hospitals in the area.