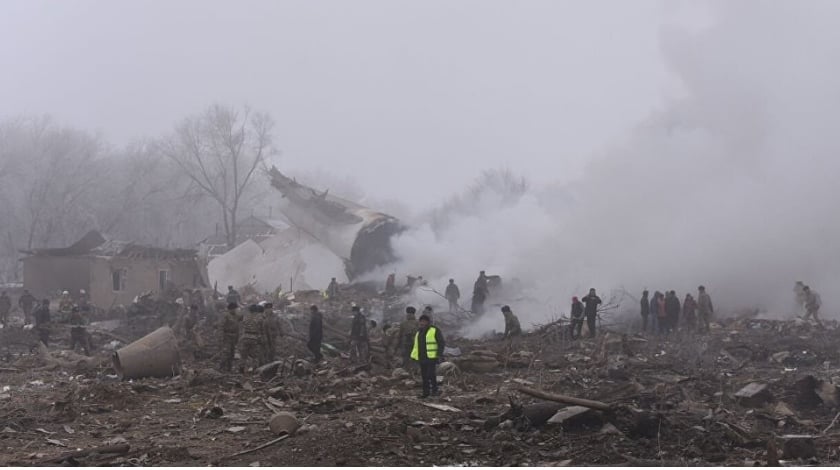 A Turkish cargo jet has crashed near Kyrgyzstan’s Manas airport, killing at least 37 people, most of them residents of a village struck by the Boeing 747 as it tried to land in dense fog, Kyrgyz officials said.

According to the airport administration, the plane was supposed to make a stopover at Manas, near the capital city Bishkek, on its way from Hong Kong to Istanbul. It crashed when trying to land in poor visibility at 7.31 am (0131 GMT) on Monday.

According to unconfirmed media reports the cargo jet ran off the end of the runway until it ran into the village of Dacha-Suu (Chui district) where it demolished a number of homes breaking apart on impact. A total of 17 houses are known to have been destroyed another 43 were damaged.

The plane crashed 7:31 am Bishkek time (GMT+6) in the village of Dacha-Suu, Sokuluk district near the Manas International Airport. The plane was arriving from Hong Kong. 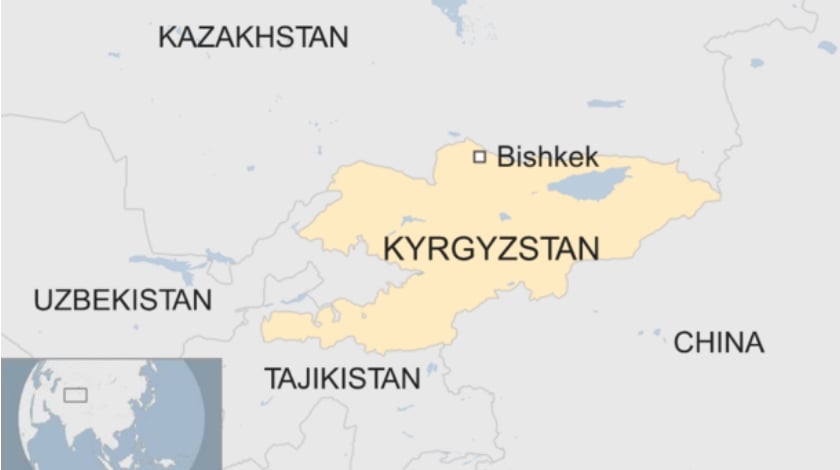 As of 9 AM, at least 15 local people were killed, deputy chief doctor of the Bishkek ambulance station Yegor Borisov confirmed to AKIpress. 9 of the local victims are adults and 6 are children, Borisov said. One of the pilots was also confirmed dead.

Smoke was still thick in the area at 0600GMT and small fires burned in different parts of the village, but emergency services had nearly extinguished them.

Zumriyat Rezakhanova, a resident of Dacha-Suu, said the plane fell “right on the homes” where residents were sleeping.

14 ambulance crews, including 56 doctors and psychologists, are working at the crash scene, he said.

“Our condolences to the families of those who have lost their lives in the tragic incident involving an ACT Airlines aircraft in Kyrgyzstan,” Turkish Airlines said on its Twitter account.

“Our TC-MCL signed plane, flying on January 16 from Hong Kong to Bishkek, crashed on landing at Bishkek at the end of the runway for an unknown reason,” ACT Airlines said in an emailed statement.

“More information will be disclosed concerning our four-person team when we get clear information.”