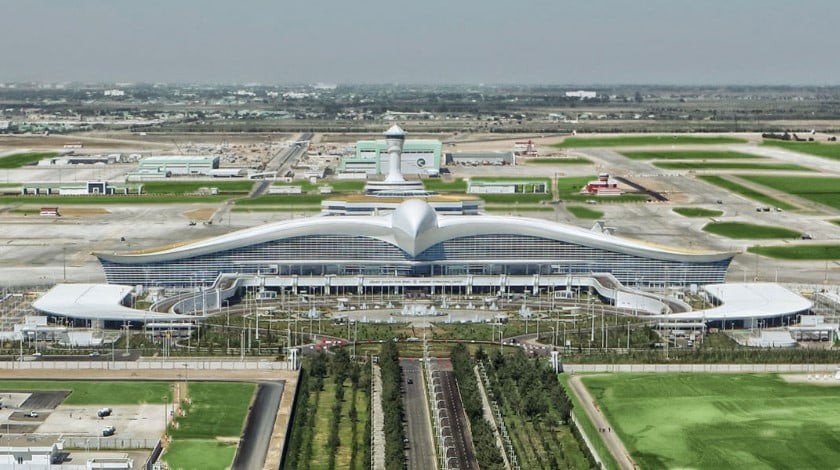 The center features two full-flight simulators: one by Canada’s CAE for Boeing 737NG family airliners, the other by Austrian aircraft manufacturer Diamond Aircraft for its DA40 single-engine and DA42 twin-engine propeller trainers. The Diamond simulator can be switched between the two models by changing the control panel.

An in-house flight training facility means Turkmenistan Airlines will no longer have to send its pilots abroad twice a year for simulator training. The airline used to arrange for flight crew refresher training at Boeing’s UK simulator center.

The simulator facility forms part of the broader civil aviation training center, which also includes a cabin crew school for Turkmenistan’s Boeing 737s and partially for its Boeing 777s. The center has a Boeing 737 emergency cabin evacuation simulator, a cabin service training aide for the same type, as well as Boeing 737/777 door and slide simulators, all manufactured by TFC-Kaeufer. There is also a Kiddle simulator for cabin crew fire drills.

The center has acquired two DA40s and two DA42s for flight crew training purposes. “The state-of-the-art training equipment enables us to open a full-scale civil aviation academy on the premises of the training center,” the airline said in a statement. “We will be training pilots, engineers, and radio communication specialists not just for Turmenistan Airlines but also for other government agencies which operate their own aircraft fleets.”

Turkmenistan Airlines operates 20 Boeing aircraft of the 737, 717, 757, and 777 types. In line with the ongoing program to develop the country’s civil aviation for 2012-2030, the carrier’s fleet will be expanded to 40 airframes, including regional types. Aging aircraft will be gradually replaced with new equipment.