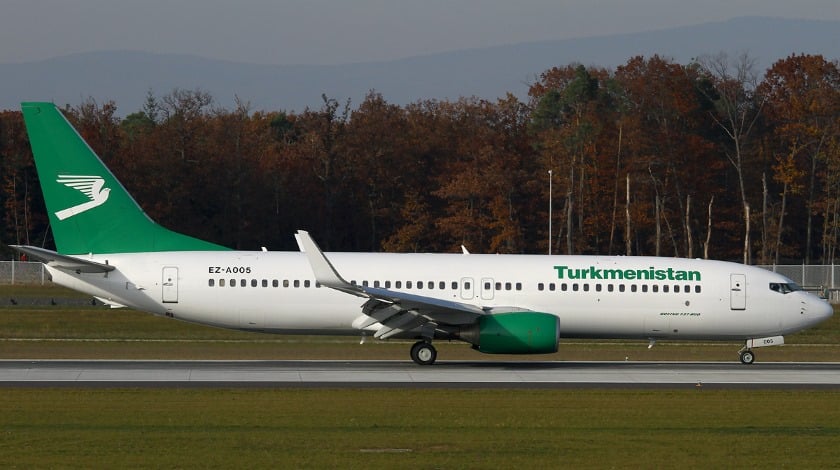 Turkmenistan Airlines (TUA) and its adviser Lufthansa Consulting are intensifying their efforts to bring the Turkmenistan flag carrier’s operations into line with European safety standards and therefore regain approval for operating flights to Europe.

The central Asian republic’s only airline has been excluded from operating flights to the EU since February.

Although the final EASA audit is scheduled for August, at the end of May, Turkmenistan Airlines presented a progress report on its improvements in safety standards to the EASA Third Country Operators (TCO) team, which is the technical advisor to the EU Air Safety Committee (ASC).

In its report to the agency, the airline’s management updated the TCO board on the status of its corrective actions taken in the wake of criticism after the airline failed to satisfy the agency’s requirements in February this year, a decision which resulted in EASA black-listing Turkmenistan’s only carrier.

The national carrier of Turkmenistan hired Lufthansa Consulting to assist in developing and implementing a series of measures to improve its safety and quality management systems, as well as documentation development and process implementation, staff training, software implementation and equipment procurement, and most importantly, “cultural changes within the company,” says Lufthansa Consulting in a recent report.

“To stay informed about the continuous efforts by TUA to resolve the initial findings and work on the corrective action plans supported by Lufthansa Consulting, EASA has welcomed the next progress meeting during the second part of July.

As a further step towards achieving compliance, the airline expressed its intention to start the formal request for the mandatory on-site assessment by EASA in early August 2019,” the report further reads.

The corrective measures include improvements throughout the management and operational structure of the airline, particularly to SMS and flight data monitoring, restructuring of the CAMO and Part 145 operations, and ground and flight operations, in order to achieve compliance with international standards and satisfy IATA’s Operational Safety Audit (IOSA).

Turkmenistan Airlines operates domestic and international passenger and cargo services mainly from its hub at Ashgabat International Airport. The airline carries nearly three million passengers annually on its international and domestic routes combined. It operates a fleet of Boeing 737, 757, 777 aircraft, as well as freight versions of the Ilyushin IL-76.

In the meantime, during the recent Paris Air Show, TUA announced plans to add a new Boeing 777-200LR wide-body aircraft to its fleet.