U.S. Air Force Has to Be Concerned About Pilot Shortage 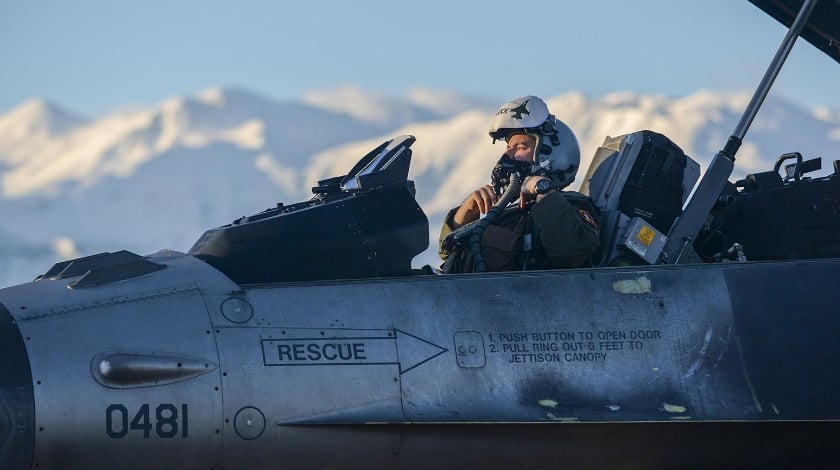 The loss of highly trained and experienced pilots from the U.S. military to the private sector is a legitimate worry for Pentagon leaders, the Defense Department’s top civilian said.

“It is something we have to be concerned about,” Defense Secretary Ashton Carter said on Wednesday during a stopover at this installation.

The problem is particularly pronounced in the Air Force, which faces a shortage of several hundred aviators.

Despite an inventory of nearly 1,600 combat aircraft, the Air Force now faces a shortage of 700 pilots and 4,000 maintainers, according to the 2017 Index of U.S. Military Power, released Wednesday by the Heritage Foundation, a conservative think tank in Washington, D.C.

The shortage affects the Air Force’s ability to generate combat power, according to the Heritage report.

“The lack of ability to fly and maintain [aircraft], especially in a high-tempo/threat combat environment, means that its usable inventory of such aircraft is actually much smaller,” it states.

Air Force Secretary Deborah Lee James and Chief of Staff Gen. David Goldfein have repeatedly talked about the manning issue. James in July addressed the latest numbers and called for bigger bonuses and more family time to keep pilots in the force.

Carter said the service’s retention bonus is one way to alleviate the pressure on the force. The Air Force this year asked Congress to increase the Aviator Retention Pay for manned pilots to $48,000 from the $25,000 cap, which has been in effect since 1999. He also said part of the motivation for military pilots to stay in uniform will be “what brought them in in the first place: the mission.”

During the afternoon, Carter flew in a T-1 twin-engine Jayhawk jet at Randolph, remarking that the hour-long flight reminded him of the importance of training, flight hours and the endurance pilots put in to become exceptional aviators. He also traveled to Joint Base San Antonio-Lackland and the Brooke Army Medical Center.

During his visit to Twentynine Palms, California, on Tuesday, Carter addressed the recent Hornet aviation calamities.

A Marine Corps pilot was killed in July when an F/A-18C Hornet went down during training at the base. Last week, two Hornets collided off the coast of San Diego, forcing one pilot to eject from his aircraft.

The November accident marked the fourth time in 12 months in that Marine Corps Hornets were involved in aviation mishaps.

“Aviation safety and aviation readiness are top priorities for me and for the commandant and for the Marine Corps,” Carter said.

Each incident is thoroughly investigated to pinpoint cause and to avoid future fatalities, the secretary continued, “But this business is inherently risky. And we try to reduce that risk where we can,” which includes recapitalizing, upgrading or replacing fixed wing and rotary aircraft.

The funding to get flight hours back up is just as important as buying new aircraft, like the F-35 Joint Strike Fighter and the H-1, Carter added.

The Marine Corps declared its F-35B variant operationally capable in 2015. The service is in contract with Bell Helicopter to purchase 12 UH-1Y Venom utility helicopters which the company announced earlier this year.