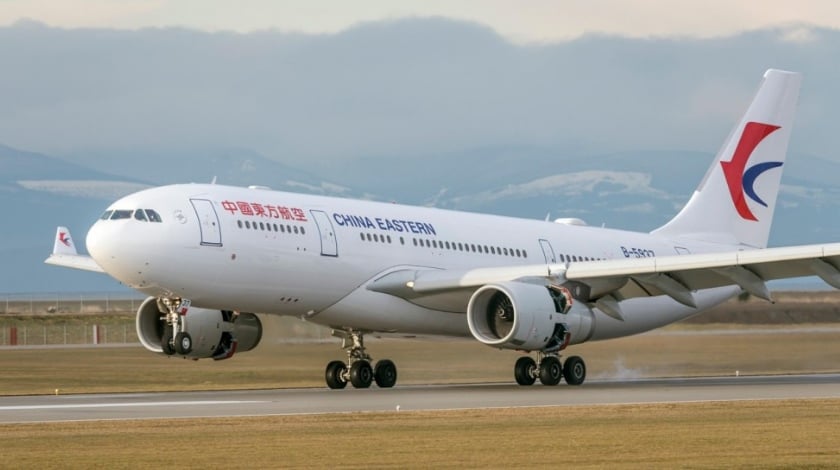 As U.S. president Donald Trump ramps up pressure levels on a looming trade war with China, China Eastern has made it clear that if events affect passenger and cargo volumes, it is not afraid to alter routes and also the type of passenger jet it is prepared to purchase.

DBS analyst Paul Yong stated that: “If the trade war escalates and is widened, we should expect that international travel, especially between China and the US, will be affected.”

China Eastern China’s second-largest carrier by passenger volume, has just released 2017 financial year figures revealing its best profit in 20 years at CNY6.35 billion (US$1.00 billion) on the back of strong performance by the yuan and the rapidly increasing demand from the Chinese for worldwide travel. Caution is urged with regard to fuel costs, which account for 25% of the carrier’s running costs.

On Wednesday Wu Yongliang, China Eastern’s chief financial officer, confirmed that rising aviation fuel prices were “likely to put some pressure on company operations”. Wu also commented that China Eastern would be willing to buy into the Shanghai crude oil futures market “when the right timing and opportunity arise”.

As far as adopting a tit-for-tat attitude to tariffs currently being levied by the Trump administration on Chinese imports, Ma Xulun, China Eastern’s chief executive officer made it clear the carrier would take whatever measures necessary if the spat escalates, which could include switching its allegiance from Boeing to Airbus when it buys new aircraft.

China Eastern currently flies approximately 20 Boeing-777 aircraft, each carrying between 314 and 396 passengers, so Ma’s suggestion might mean they would be replaced, over time, by Airbus 330-200s, of which the carrier operates around 45.