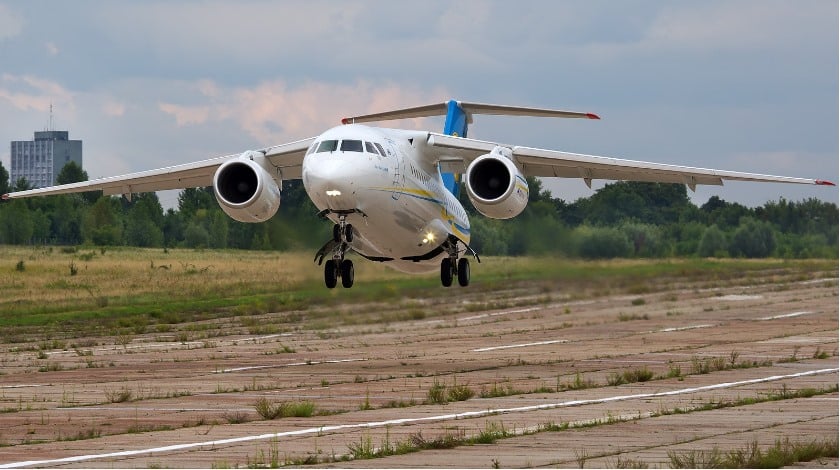 However, these expectations, particularly with regard to the Embraers, have now been jeopardized by the Ukrainian government’s recent initiative, CEO Yuri Miroshnikov told a news conference.

A new regulation, which came into force on January 1, cancels tax rebates for aircraft seating between 44 and 110 passengers and having an MTOW between 10 and 30 tons that are being imported under operational lease agreements.

The regulation was proposed in 2016 with the aim of creating an equal playing field for Western-built and Ukrainian-made aircraft on the local market. The idea is to protect the Antonov An-140 regional turboprop twin, the An-148 regional jet, and its larger version, the An-158. According to Ukrainian laws, imports of similarly sized aircraft are now subject to 20% VAT.

UIA does not entirely rule out the possibility of adding Ukrainian-built aircraft to its fleet, Miroshnikov said: “We would be happy to operate domestically-manufactured aircraft if they were produced in sufficient numbers, it the manufacturer launched series production of these types and provided maintenance support in those countries to which we fly. Also, if they were certified to EASA standards.”

He added that none of these conditions have been met since the introduction of the new regulation, meaning that the carrier has no alternative to Boeings and Embraers.

UIA currently operates five Embraer E190s. The additionally ordered examples of the type are needed in order to meet the existing demand for domestic air travel and on routes to several East European destinations, including Poland.

“There are quite a few regional airports in Ukraine that cannot accept Boeings due to the runway conditions,” Miroshnikov explained. “Being unable to operate the lighter Embraers robs us of local network development perspectives and prevents us from offering more international flights from smaller airports.” UIA last year announced it was going to launch a route to Krakow from December 26 with Embraers.

UIA had been hoping for parliament to postpone the VAT rebate cancellation date. On December 7 last year, parliament proposed a piece of legislation moving that date back to January 1, 2021. However, the document has yet to be signed by the country’s president.