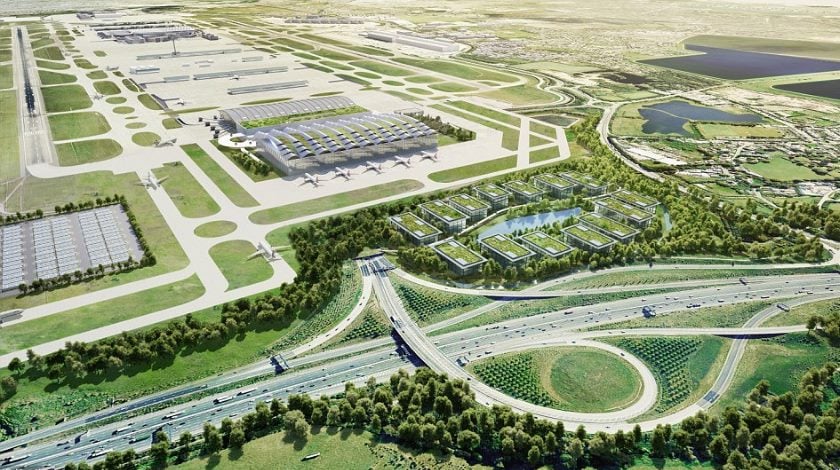 The UK government has told London Heathrow Airport to improve domestic connectivity and offset the social impact of its planned third runway as part of a bid to secure planning permission.

The measures were outlined in a draft airports national policy statement (NPS), published Feb. 2, and opened to a 16-week UK-wide public consultation. The government also launched an airspace and noise consultation, which aims to optimize the country’s aircraft movements.

While the consultations run, the UK parliament will review the draft NPS this year, paving the way for parliament to debate and vote on a final NPS in winter 2017-18.

Under the plan, Heathrow is expected to add six more domestic routes—Belfast International, Liverpool, Newquay, Humberside, Prestwick and Durham Tees Valley—by 2030 to secure planning clearance. The airport must demonstrate it is working constructively with airlines to meet this objective, which would take it to 14 domestic services.

Heathrow will also have to provide “a world-class package of support” for people affected by expansion, including paying a 25% premium on housing values—plus costs—to homeowners who are forced to sell properties to make way for the new northwest runway. The compensation package is expected to total £2.6 billion ($3.3 billion).

The package also includes legally binding noise restrictions, extra insulation for local residents and a 6.5-hour night-flight ban. Furthermore, there must be no increase in airport-related road traffic, with more than half of passengers using public transport.

The government said the Heathrow expansion will help boost UK exports and the country’s economy after it departs from the European Union (Brexit). The third runway is expected to generate an extra 260,000 flights a year, including 16 million long-haul seats by 2040. This will add £61 billion to the UK economy over 60 years, as well as create thousands of local jobs.

“The planning policy proposals show this government is not only making the big decisions, but getting on with delivering them,” the government said.

Alongside the draft NPS, the government is ending the so-called Cranford Agreement, allowing full use of both existing runways, although this will not increase the number of movements allowed at the airport.

Heathrow Airport said the expansion is advancing on schedule. The airport is launching its own consultation to refine plans, which will be supported by a second phase in the summer of 2018. “A final proposal is expected to be submitted to the planning inspectorate as part of an application for a development consent order in the summer of 2019,” Heathrow said.

There have been a variety of reactions from stakeholders. Both British Airways parent International Airlines Group and Virgin Atlantic said the new infrastructure must be affordable for users, with strict cost control.