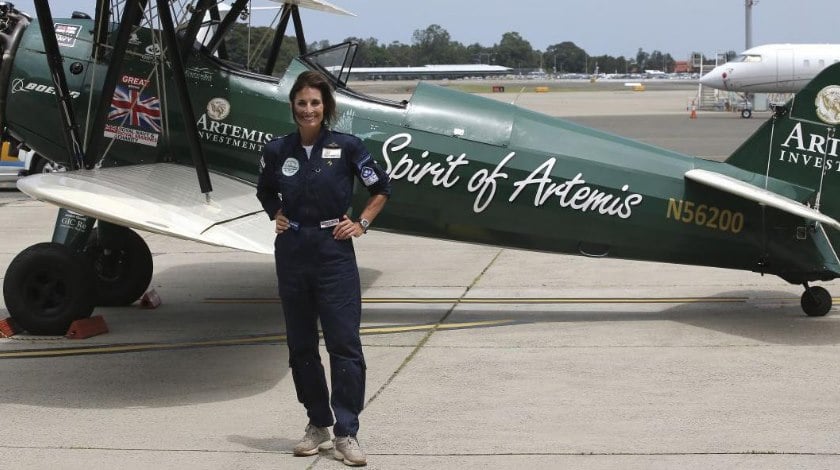 A British adventurer has completed an epic 14,600-nautical mile flight from the UK to Australia in a vintage open cockpit bi-plane.

Tracey Curtis-Taylor, 53, set off in her 1942 Boeing Stearman Spirit of Artemis aircraft from Farnborough, Hampshire, in October.

She retraced pioneer Amy Johnson’s 1930 flight, flying over 23 countries and making some 50 refuelling stops.
After landing in Sydney she tweeted it was the end of a “huge adventure”.

Ms Curtis-Taylor – the self-styled “Bird in a Biplane” – also thanked “everyone who supported me”.

Some early reports suggested it was a solo flight – Ms Curtis-Taylor was the only pilot to fly the vintage bi-plane, but she had a support team of engineers travelling with her in a separate aircraft, as well as a camera crew, who would sometimes sit in with her. 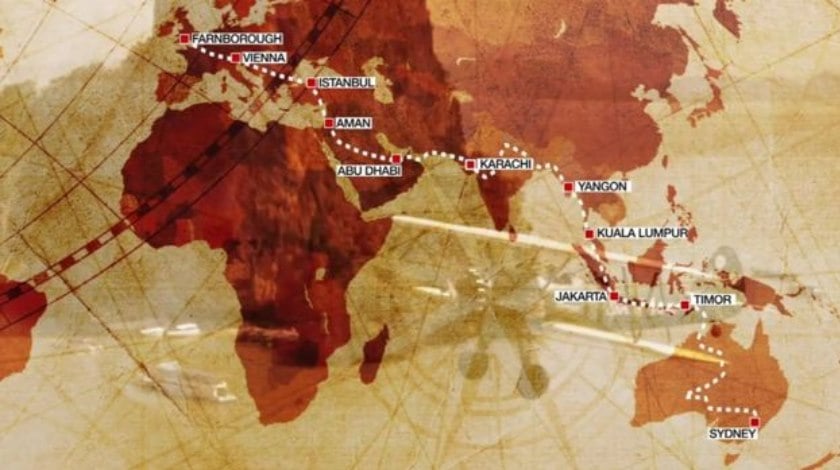 She told BBC Radio 4’s Today programme that completing the challenge was a “huge relief” and she described her “euphoria to finally get to Sydney”.

“This is the greatest adventure in the world – this is flying through some of the great iconic sites: the Dead Sea, the Arabian desert,” she said.

“This is old fashioned stick and rudder flying, open cockpit, you get buffeted around – I’ve come through monsoons, thunder storms, turbulence, flying through the Australian outback in 45 degrees of heat. We fly seven or eight hours a day because we lost a bit of time in Indonesia trying to get through to Darwin – there were tropical cyclones… you are absolutely up against the elements.”

Speaking to the AFP news agency after her three-month journey, Ms Curtis-Taylor joked that she needed “a drink”.

She admitted she had “lost my rag several times dealing with people on the ground” during frequent refuelling stops, but added: “The flying has been sensational and that’s why you do it. To fly something like this, low level, halfway around the world seeing all the most iconic landscapes, geology, vegetation – it’s just the best view in the world.”

Flying the open cockpit biplane had given her an “insight” into what Ms Johnson went through getting to Australia, she added.

Her route had taken her across Europe and the Mediterranean to Jordan, over the Arabian desert, across the Gulf of Oman to Pakistan, India and across Asia.

Ms Curtis-Taylor attempted to recreate the essence of Ms Johnson’s era by flying with an open cockpit, with basic period instruments and a short range between landing points.

On flying, Ms Curtis-Taylor said: “You never want to stop, it is absolutely addictive, it is so thrilling and exciting.”