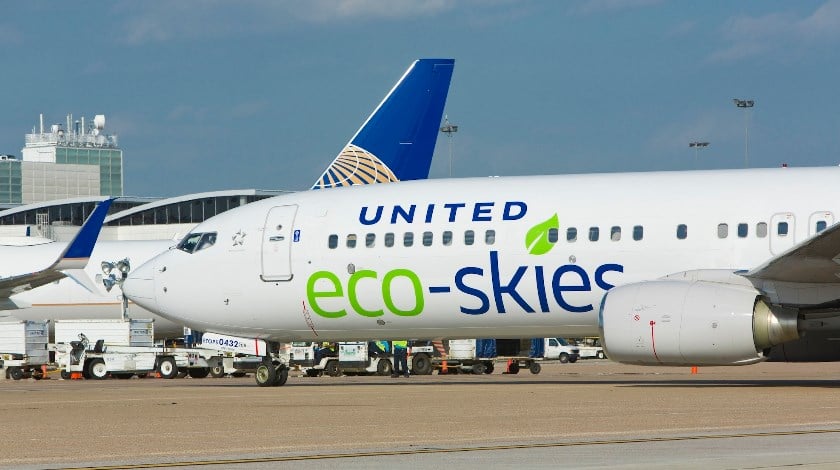 United Airlines made history by becoming the first U.S. airline to begin use of commercial-scale volumes of sustainable aviation biofuel for regularly scheduled flights with the departure of United Flight 708 from Los Angeles International Airport. The launch marks a significant milestone in the commercial aviation industry by moving beyond demonstration flights and test programs to the use of advanced biofuels for United’s ongoing operations.

United has agreed to purchase up to 15 million gallons of sustainable biofuel from AltAir Paramount over a three-year period. The airline has begun using the biofuel in its daily operations at LAX, storing and delivering it in the same way as traditional fuel. To highlight this achievement, United will operate flights between Los Angeles and San Francisco with the dedicated use of AltAir Paramount renewable fuel for two weeks, while also integrating this fuel into its regular operations at the airport.

“Today’s historic launch of regularly scheduled service utilizing advanced biofuels represents a major next step in our ongoing commitment to operate sustainably and responsibly,” said Angela Foster-Rice, United’s managing director of environmental affairs and sustainability. “United is a leader in the advancement of alternative fuels, and, along with our partners at AltAir Paramount, we are taking action every day to minimize our impact on the environment and explore new ways to improve efficiency.”

“Los Angeles is a global leader in sustainability, so it’s no wonder that the first U.S. flights to use commercial-scale, renewable jet fuel are taking off from our airport,” said Los Angeles Mayor Eric Garcetti. “LAX and United Airlines have broken new ground with fuel that reduces carbon emissions by as much as 60 percent when compared to standard jet fuel. Today, we set a new standard for sustainability in aviation — an example I hope the rest of the industry will follow in the coming years.”

United has collaborated with AltAir since 2009 with a common goal of bringing an ongoing source of sustainable aviation biofuels to an airport. AltAir retrofitted portions of the Paramount Petroleum Corporation – a subsidiary of Alon USA Energy – refinery in Paramount, California, to create a 35 million gallon per year advanced renewable fuel unit, bringing new clean energy jobs to the Los Angeles area.

The facility converts sustainably sourced non-edible, natural oils and agricultural wastes into jet fuel and is expected to provide a greater than 60 percent reduction in lifecycle carbon emissions when compared to fuel produced from traditional petroleum. AltAir’s fuel meets the same standard as traditional jet fuel, ASTM D1655. In addition, AltAir is pursuing certification under the Roundtable on Sustainable Biomaterials (RSB) – a global sustainability standard and certification system that recognizes biomass and biofuel producers that adhere to stringent social responsibility and environmental criteria.

“AltAir Paramount and United are working together to lead the industry in the use of sustainable and homegrown biofuel,” said Bryan Sherbacow, AltAir’s president and chief operating officer. “Today’s launch demonstrates our commitment to helping United reduce its operational impact on the environment and advance the use of alternative fuels.”

In 2009, United became the first U.S. carrier to perform a biofuel demonstration flight. In 2011, United became the first U.S. carrier to operate a commercial advanced biofuel flight. Last year, United announced an historic $30 million equity investment in U.S.-based alternative fuels developer Fulcrum BioEnergy, Inc., a pioneer in the development and commercialization of converting municipal solid waste into low-cost sustainable aviation biofuel. The Fulcrum investment represents the single largest investment by a U.S. airline in alternative fuels and sets United apart in the aviation industry in the advancement of aviation biofuels.