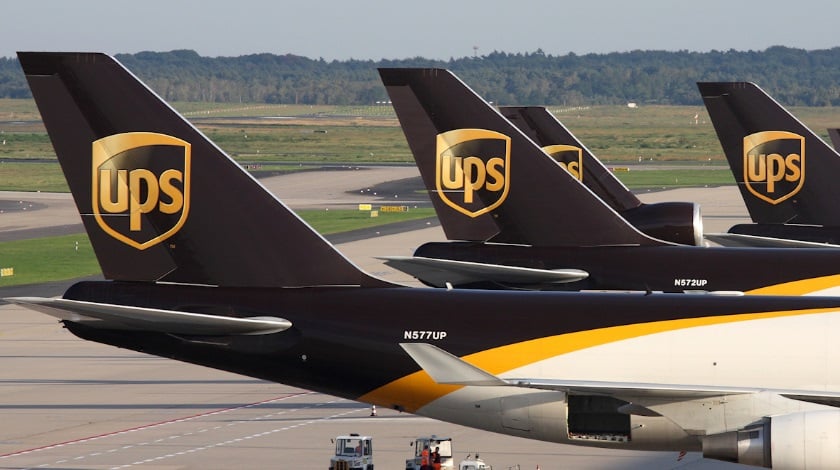 UPS noted that it recorded a non-cash after-tax mark-to-market pension charge of $1.7 billion in the 2016 fourth quarter, which significantly affected its net profit and largely drove the year-over-year earnings decline.

The major issue faced by UPS during the year was that it “experienced a significant shift in mix toward lower revenue products,” CEO David Abney told analysts.

Average revenue per piece was down year-over-year or flat in every category of UPS’s package shipping business in the 2016 fourth quarter, and down 0.8% on a consolidated basis in the quarter.

CFO Richard Peretz explained that UPS is carrying “historic levels” of business-to-consumer (B2C) cargo as a result of booming e-commerce activity. B2C deliveries are generally less lucrative and more costly than business-to-business (B2B) deliveries. Peretz said B2C made up 63% of the volume of UPS’s deliveries in December.

UPS said it is well positioned to benefit long term from the shifting express delivery environment and is retooling its business to focus more on B2C deliveries, but the transition will take some time. “We are mid-cycle in transforming our network over the next several years, as we move through this period of expanding e-commerce opportunity,” Peretz said.

“As investments come online, we are adding capacity, more efficiency and greater flexibility. With the e-commerce opportunity, we recognize additional revenue initiatives are needed to better align price with our cost to serve. This is a dynamic process to ensure that we are properly compensated for changes in product mix and the cost to manage volume surges through the year.”