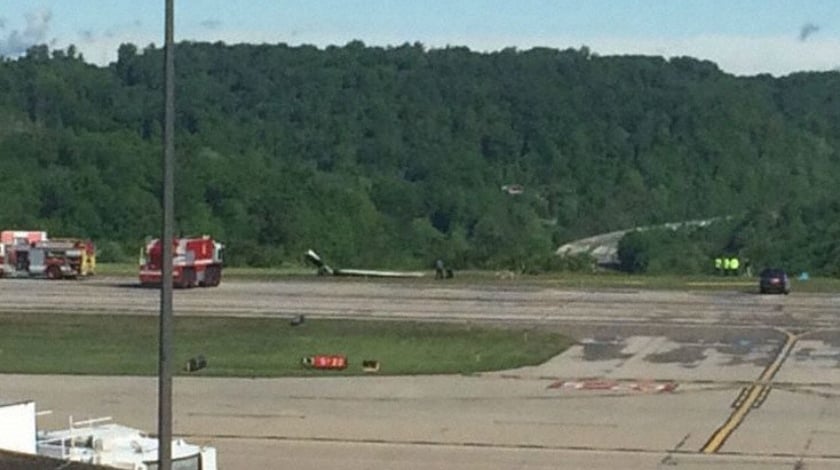 The flight took off from Louisville and slid off the runway and crashed while landing at Charleston’s Yeager Airport.

The airport reported it appeared one of the aircraft’s wings hit the runway surface and the aircraft went off to the left of the runway into a hill. It was difficult to reach the aircraft due to the steep terrain.

An airport official told the CBS station in Charleston that the pilot and copilot were killed in the crash.

Emergency officials have had difficulty reaching the crash site because it’s down over a steep hill. Kanawha County officials have declared a state of emergency at the airport.

Airport spokesman Mike Plante told reporters that the flight was routine, and there was nothing to indicate the plane was having trouble landing. Plante added that accidents at Yeager are rare and that the runway’s length is on par with major airports in New York and Chicago.

“There’s nothing particularly challenging about Yeager Airport for a pilot,” Plante said.

The plane was being operated by Air Cargo Carriers Inc. as a subcontractor for UPS, which told NBC News the flight had originated from Louisville at 5:35 a.m. and was supposed to land at about 6:20 a.m.

“As we attempt to learn more about the situation, we are keeping the crew involved in our heartfelt thoughts,” UPS said in a statement.

According to the control tower, all air traffic is being diverted to other airports at this time. An investigation was underway.