US and EU Suspend Tariffs Related to Boeing-Airbus Dispute 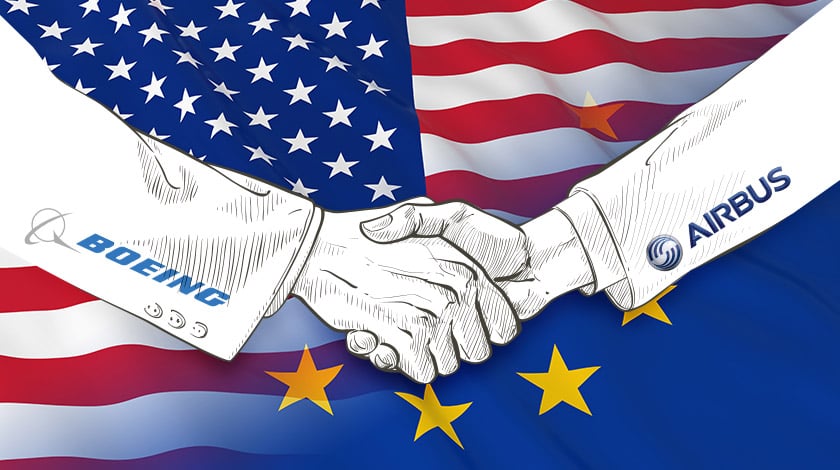 The US and EU have come to an agreement to suspend all tariffs related to the dispute over Boeing and Airbus’s subsidies.

The ongoing negotiations indicate that a transatlantic trade partnership strained for nearly 17 years has a chance to be restored. The tariffs affect $4 billion of US exports to the EU and $7.5 billion of EU exports to the US.

“It marks a reset in our relationship with our biggest and economically most important partner, “European Commission Trade Commissioner Valdis Dombrovskis said. “Removing these tariffs is a win-win for both sides, at a time when the pandemic is hurting our workers and our economies.”

The dispute traces back to 2004 when the EU said Boeing had received $19 billion in unfair subsidies from federal and state governments. The US later made an analogical claim over European subsidies to Airbus.

The conflict escalated last year when the Trump administration imposed tariffs on European goods, such as Parmesan cheese, French wine, and Scotch and Irish whiskies. The EU responded with tariffs on US goods.

A likely improving partnership’s announcement came after a phone call between the President of the European Commission, Ursula von der Leyen, and President Joe Biden. Von der Leyen mentioned the call was “the first of many exchanges and the start of a good personal partnership.“