US Blocks Nigeria From Buying Military Aircraft From Brazil 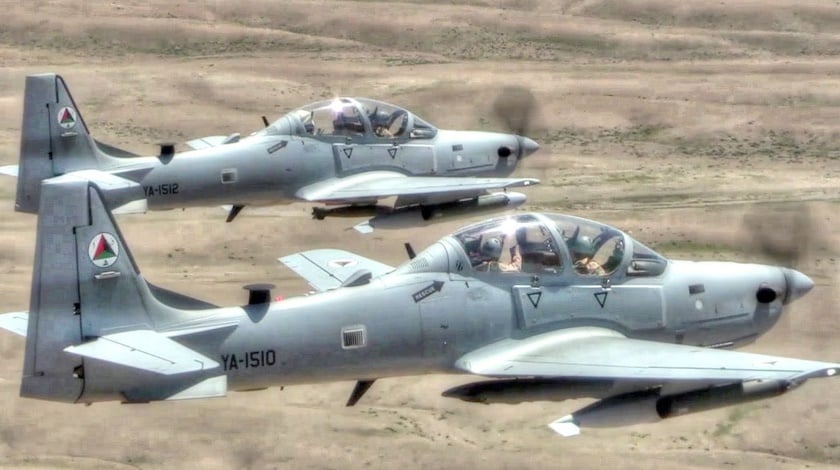 The United States has again blocked the Nigerian Government from acquiring fighter ground attack aircraft considered crucial in the ongoing campaign against Boko Haram in the North-East.

Investigations showed that the US has prevented the Nigeria’s military from acquiring the A-29 Super Tucano light attack aircraft from Brazil.

A Presidency source said on Saturday that Nigeria and Brazil were almost striking a deal on the acquisition of the light attack aircraft when the US, which produced the aircraft, prevented the deal.

The source said that the Brazilians, who were initially enthusiastic about the deal, suddenly became reluctant.

The source added the US had told the Brazilians, who acquired 99 of the aircraft from the US firm, Embraer Defence System, that the aircraft deal be put on hold due to human rights issues involving the military.

The US had blocked the immediate past administration of Dr. Goodluck Jonathan from acquiring Boeing CH-47 Chinok helicopters from Israel in January 2015 purportedly due to human rights issues involving the military.

Like the case of the A-29 Super Tucano, the Boeing CH-47 Chinok helicopters were produced by US firms and could only be sold with approval by the Americans.

The latest development has dimmed indications that the US was relaxing the arms embargo on the country with the election of President Muhammadu Buhari in 2015.

US Congressman Darrel Isah had said shortly after a meeting with service chiefs and defence authorities in the country in August 2015 that the US had commenced the process of relaxing the embargo on military assistance to the country under the Leahy Law.

The Leahy Law prohibits the US defence sector from providing military assistance to countries involved in rights violations.

The source added that the US Government was not pleased with measures adopted against those accused of human rights abuse in the operational areas of the North-East.

The source said, “The issue of the arms embargo against the country by the US is still in force. The US is helping in the area of training; they also have some of their platforms like the C130 which is so crucial in the campaign and operations of the military.

“However, the surprising thing is that they have again prevented the country from acquiring A29, Super Tucano light attack aircraft from Brazil.

“The US sold the aircraft to the Brazilians but they gave a condition that they could only be resold to other countries with the consent of the US. This means that Brazil must seek the permission of the US to sell.

“The Brazilians were enthusiastic when they visited Nigeria and the impression we had was that they were ready to sell, provided the funds were available.

“The aircraft are unique because the plan was to use the A-29 Super Tucano, Fighter Ground Attack aircraft to replace the ailing Alpha jets.

“The Alpha jets are old now; the Alpha jets and the MI helicopter gunships are the two major platforms deployed in the North-East.”

However, it was said that the US had inspected some facilities of the NAF even though the deal was shrouded in uncertainty.

The prevailing arms blockade had again compelled the government to look in the direction of Asia and Eastern Europe for arms supply to fight Boko Haram.

It was learnt that the Nigerian Government had paid for 10 Super Mushak trainers from Pakistan expected to arrived the country by the first week of December 2016.

It was further learnt that plans had reached an advanced stage to bring in 12 MI 35M, one of the latest helicopter gunships from Russia.

It was gathered that pilots and technicians who were sent to Russia for training on the use of the sophisticated helicopters had completed training and had returned to the country to await the arrival of the equipment.

Although the Nigerian military had not changed the plan to replace the Alpha jets with the A-29 attack helicopters, the government was said to be acquiring the MI35m in phases.