US Carriers Apply to Start Scheduled Flights to Cuba 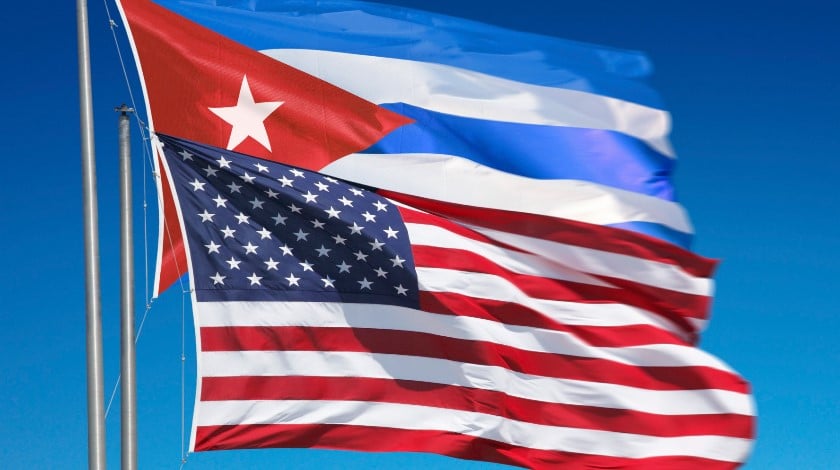 All four US major carriers and at least three independents filed applications with the US government Wednesday seeking approval to provide nonstop services to Cuba.

The flood of filings, submitted March 2, come after the US and Cuba announced an agreement in February to resume scheduled commercial air service. Services are expected to begin late summer or early fall this year, with an initial total of 20 daily round-trip flights being allocated to US airlines between the US and Havana and 10 daily round-trip flights to nine other Cuban cities.

Those slots will be hard fought over as the consolidated “big four”—American Airlines, Delta Air Lines, United Airlines and Southwest Airlines—and independents Alaska Airlines, JetBlue Airways and Silver Airways rushed to get their applications in. Ultra low-cost carrier Spirit Airlines, based in Florida, has also said it said it plans to apply.

American is requesting 10 daily frequencies to Havana from its Miami hub plus additional service to Havana from Charlotte, Dallas/Fort Worth, Los Angeles and Chicago. American’s proposal also includes daily service between Miami and five other Cuban cities.

To Havana, American is proposing 10 daily flights from Miami, one daily from Charlotte and DFW, and one weekly from LAX and Chicago. The oneworld carrier also wants to fly twice-daily services out of Miami to Santa Clara, Holguin and Varadero; and daily service to Camaguey and Cienfuegos.

Delta wants to fly daily flights to Havana from Atlanta, New York JFK, Miami and Orlando, using Boeing 757-200s out of its Atlanta and JFK hubs and Boeing 737-800s on the Miami and Orlando routes.

Southwest wants to serve Havana from three Florida airports—Fort Lauderdale, Tampa Bay and Orlando—as well as fly to Varadero and Santa Clara from Fort Lauderdale. The carrier is an all-737 operator.

JetBlue said it anticipates a start date of Sept. 8, or within 100 days after receipt of all necessary approvals, whichever is earlier.

Alaska Airlines—seemingly the only US carrier with a concept of Cuba’s still limited and fragile infrastructure—has placed a relatively modest request to fly two daily nonstop flights from Los Angeles to Havana operating 737-900ERs.

Although the restoration of an air bilateral with Cuba is widely welcomed, general US tourist travel to Cuba is still not allowed. Initially, at least, the new arrangement will be aimed at facilitating visits by travelers who fall under one of the 12 categories authorized by the US Department of Treasury’s Office of Foreign Assets Control.

However, US President Barack Obama is scheduled to make an historic visit to Cuba March 21-22—the first sitting US President to visit the Caribbean island in 88 years—as part of efforts to normalize diplomatic relations.

IATA and others forecast that US tourism to Cuba will see huge growth.