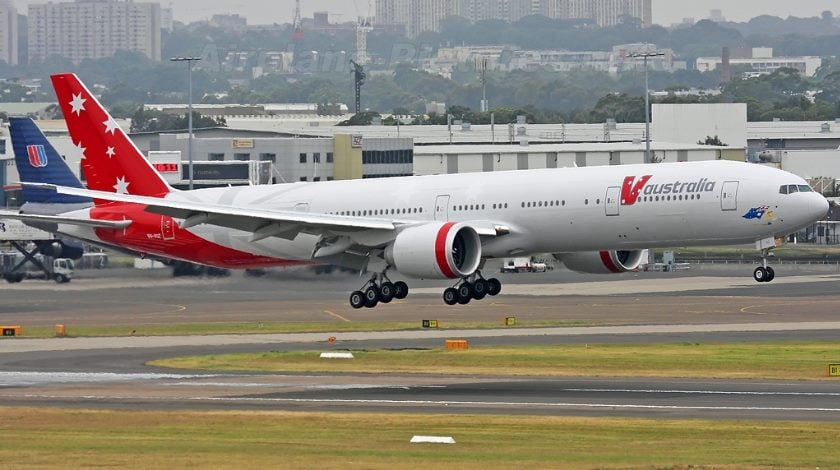 A security hoax has forced a Virgin Australia flight bound for Los Angeles to divert to Brisbane before it was searched by Australian Federal Police.

The Boeing 777 left Sydney at 11am on Wednesday for the Californian destination, but landed in Brisbane four hours after departure over a safety threat understood to be a hoax.

The plane was then checked and cleared by the AFP, and passengers are due to depart Brisbane at 10pm, local time.

‘During the flight a bomb threat relative to this aircraft was received by Virgin Australia,’ an attendant announced to passengers on the aircraft, Yahoo Seven reported. ‘While our internal review believed this threat to be a hoax, it is appropriate to return to Australia so the aircraft can be searched.’

A spokesperson for the airline said all passengers and crew disembarked the aircraft safely.

‘A full search of the aircraft has been conducted by the AFP, and the AFP has confirmed the travelling public and aircraft have been cleared of any potential danger,’ the spokesperson told Daily Mail Australia in a statement.

‘The safety of our guests and team members is always our highest priority.’

The spokesperson did not provide details of the threat, but it was also reported to be a bomb threat by Associated Press.