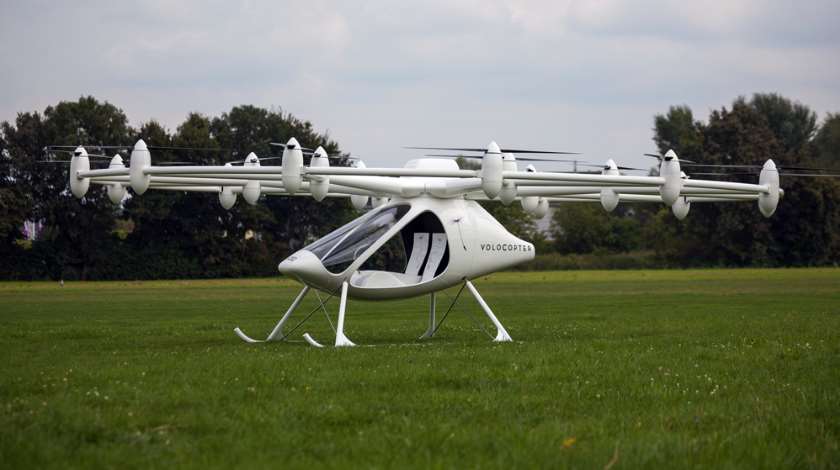 According to an e-volo press release, multiple unmanned test flights were conducted in November on the airfield adjacent to the company’s workshop in Karlsruhe. The flights provided the opportunity to try out various technical innovations that don’t exist in conventional helicopters of this size, including automatic altitude control, position hold, and landing systems. These systems “enable the Volocopter to stay in one position accurately and automatically, even in turbulence or crosswinds,” the release states. Moreover, landing can be accomplished using only the altitude control: “The Volocopter will descend towards the ground, automatically slowing when close, until it touches down softly.”

In the process of testing, e-volo CEO Alex Zosel remotely flew the Volocopter for the first time, using only a joystick. He reported, “For years, we have claimed that the Volocopter is super easy to fly, now we’ve proven it in a very impressive way. I did not have any experience flying the VC200 before the flight. Nevertheless, it was extremely easy to control and land from the ground. This is a revolution in the history of helicopters. I thank our fantastic development team, which made this possible.”

The unmanned tests included flights with a load of 120 kilograms (265 pounds) on the seats to simulate the weight of the pilot. According to e-volo, manned flight tests will follow “as soon as all requirements of the responsible aviation authorities are fulfilled.”

Besides its unique rotor configuration, the Volocopter is notable for its zero-emission electric drive. While its current battery-powered flight time is limited to approximately 20 minutes, the company predicts this will reach an hour or more in the near future. The first two-seat Volocopters will be developed as serial hybrid electrical aircraft in order to realize flight times of several hours. Other technologies that are in the process of development, such as high-performance fuel cells, may also be considered as the source of power supply in the future.