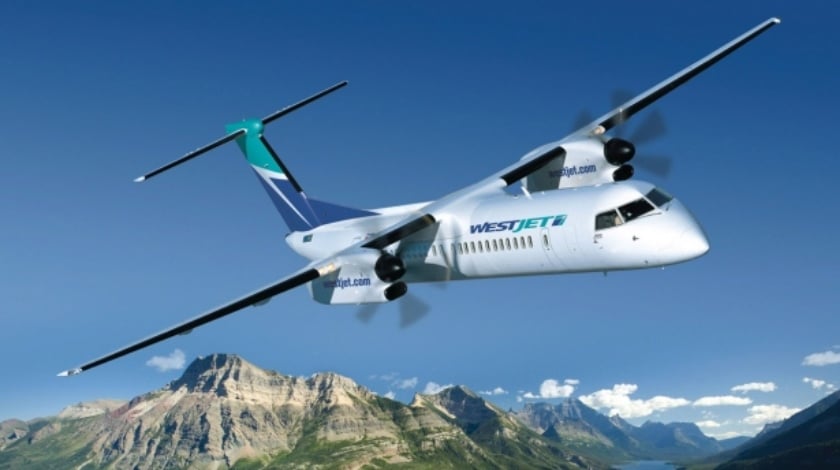 WestJet announced today that it will be taking its service in Quebec to new heights, with the addition of 105 weekly flights from Montreal and Quebec City.

According to the Calgary-based, the expansion would represent a 74 per cent increase.

“The people in Quebec have traditionally been served by a legacy carrier and WestJet believes this significant additional investment in the province will give leisure and corporate travellers a choice in airlines and bring lower fares to more than 8.2 million Quebecers,” Bob Cummings, WestJet Executive Vice-President Commercial said in a statement.

The airline is also boosting existing service out of Montreal, doubling its service to Vancouver will double to 12, while there will now be 19 weekly flights between Montreal and Calgary. Quebec City to Toronto service will now see its frequency increased with three daily flights.

All of the new routes will be operated by WestJet’s regional airline, WestJet Encore and its fleet of Bombardier Q400s. By the second quarter of 2018, the regional airline will have a total of 45 aircraft.

Routes to Vancouver and Calgary will be on WestJet’s fleet of Boeing 737 aircraft.

Once all the changes are implemented in October, WestJet will offer 195 weekly departures from Montreal and 50 from Quebec City.