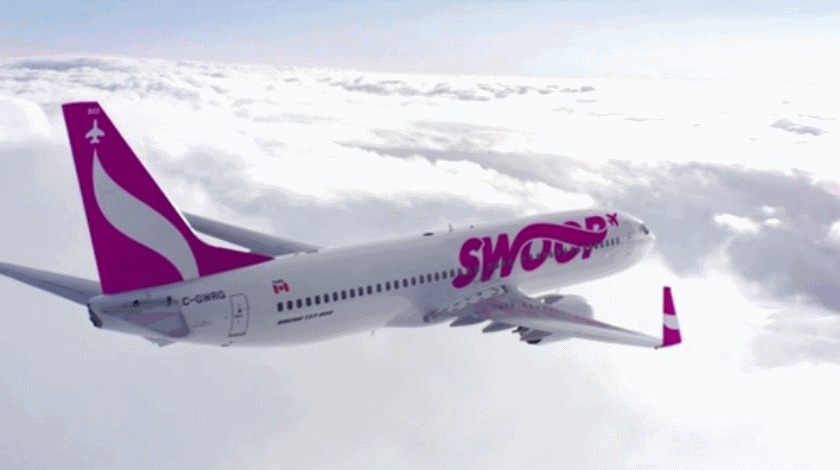 WestJet ULCC subsidiary Swoop took to the skies  with an early-morning inaugural flight from Hamilton to Abbotsford, marking the next major development in what is an expanding Canadian low-cost airline scene.

The carrier’s other initial route links Hamilton to Halifax. On June 25, Edmonton and Winnipeg will be added to the network, and the airline will ramp up to a scheduled 90 weekly departures by mid-August.

“Our inaugural journey … is just beginning,” Swoop president and CEO Steven Greenway said. “We’ll be progressively rolling out new routes and destinations in the coming months and years to come.”

Swoop operates 189-seat Boeing 737-800s supplied by its parent WestJet. While the airlines belong to the same family and will soon share a group of pilots under a single, Air Line Pilots Association-negotiated contract, Swoop is operated as a separate entity.

The carrier’s launch puts WestJet a step closer to its primary competitor, Air Canada. The long-time Canadian flag carrier has a well-established LCC subsidiary, rouge, that has a lower cost base designed to satisfy demand for low-fare travelers and still make money.

Swoop will serve a similar role in the WestJet family, while the mainline carrier concentrates on more lucrative markets and, starting next year, an expanded fleet that will include Boeing 787s.