What Do We Know About Airbus A350 XWB? 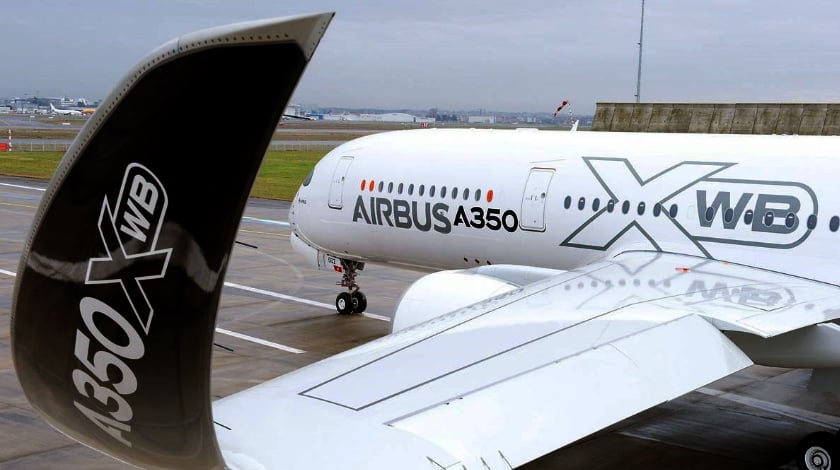 Airbus is seeing its future with a new generation of long-range widebody airliners with better fuel efficiency, lower operating costs and reduced noise and emission, and the A350 is the best example of all this.

The A350 is the first Airbus with both fuselage and wing structures made primarily of carbon-fiber-reinforced polymer. This new-generation jetliner – which entered commercial service in January of 2015 – offers seating capacity of 280 to 366 seats that come in three different passenger versions: A350-800, A350-900 and A350-1000. The French manufacturer of A350 proudly announced that A350 was made to overcome the success of A330 and A340, and compete with Boeing’s 787 and 777. But do we know something more?

Thanks from Toulouse to Dreamliner

We would be totally right by saying that Boeing 787 Dreamliner was the reason of A350 production. When Boeing decided to announce the start of development of the Dreamliner, Airbus didn’t take it seriously and made no response, as they took this to be Boeings’ reaction to the Airbus A330. When it became clear that Boeing 787 would become a far more advanced aircraft in its systems and use of composite materials, Airbus proposed a modernization of Airbus A330. But the demand and expectations of airlines was clear – they were looking for a brand new aircraft with a completely new design from the ground up.

On September 16th of 2004, then-Airbus president and CEO Noël Forgeard confirmed the plans about a new project during a private meeting with potential customers. Forgeard did not reveal a project name, and he did not tell it will be an entirely new design or a modification of current product.

On the 10th of December 2004, the boards of EADS and BAE Systems, then the shareholders of Airbus, gave Airbus an “authorization to offer (ATO)”, and formally named it the A350.

On June 14th in 2013, A350 made its first flight at Toulouse-Blagnac airfield with thousands of people, journalists and Airbus employees looking to the sky.

The A350-900 was the first designed and built model in the A350 aircraft series and on the 30th of September in 2014, the A350-900 has received Type Certification from the European Aviation Safety Agency (EASA).

The first delivery to the A350 launching customer Qatar Airways took place on the 22nd of December, 2014. Qatar Airways made their preparations and put A350 to work with the first commercial flight on January 15th, 2015 between Doha and Frankfurt.

Today we have 16 A350 aircraft in service with five operators: 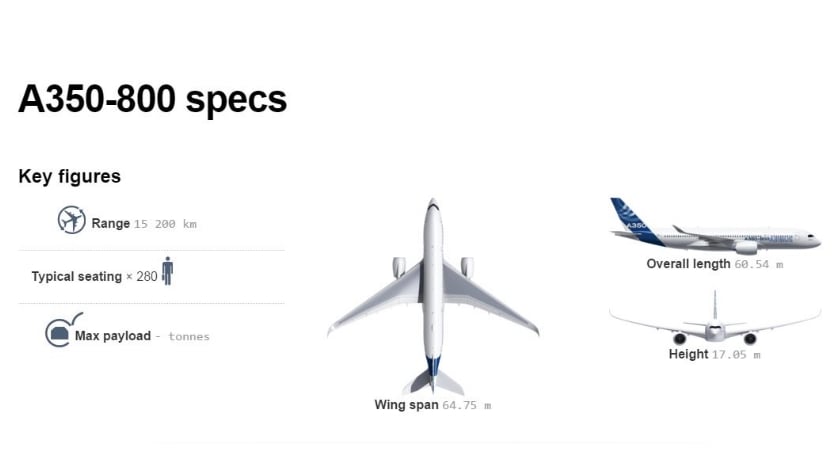 But in 2008, when the A350-800 backlog reached 182, airlines switched their orders to the larger brother – 900. Almost straight after the launch of A330neo, then-Airbus CEO Fabrice Bregier confirmed that development of the A350-800 has been canceled. 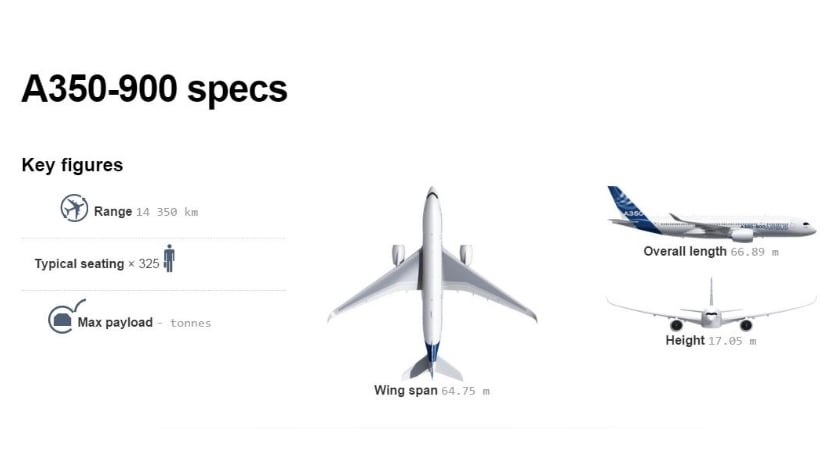 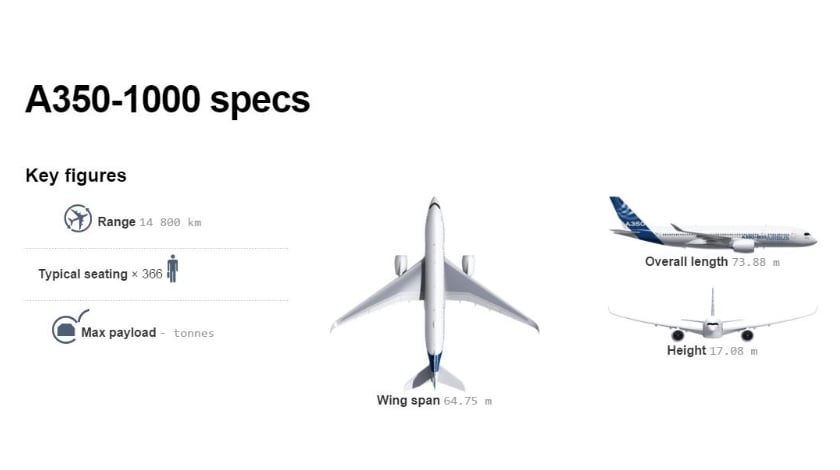 The A350-1000 has an 11-frame stretch over the −900 and will feature a slightly larger wing than the −800/900 models. This will extend the high-lift devices and the ailerons, making the chord bigger by around 400 mm, optimizing flap lift performance and cruise performance. The main landing gear is a 6-wheel bogie instead of a 4-wheel one.

Assembly of major components for the first fuselage started in September of 2015. In February of 2016, final assembly started at the A350 Final Assembly Line in Toulouse, for a maiden flight before the end of 2016.

Three flight test aircraft will be built and entry into service is scheduled for mid-2017. Qatar Airways will be the launch customer of the -1000 version.

The A350 is the most technology-laden large aircraft, with a 212.4-ft. wingspan, that will be operated at a variety of airports and in all weather conditions. The A350 has a lot of advances, including extensive use of composites, a wing with improved lift-to-drag characteristics, more fuel-efficient turbofans, a higher-voltage, lower-weight AC electrical system and more integrated avionics. Moreover, pilots will be able to use a common type rating with differences training.

The global fleet of A350 has already accumulated more than 21,000 flight hours in service to 17 destinations worldwide, with an average daily utilization of 11.6 hours.

Airbus missed last year’s delivery target of 15 A350 XWBs by one airplane and delivered 14 A350-900 jetliners during 2015. Now they are ramping up the output with the goal of reaching 10 A350 XWB aircraft produced per month in 2018 and everybody knows that it will increase the need of investments in factories. Airbus knows that the air travel market along with airlines is looking for airliners like A350, so they will not stop to believe and invest in this product. The demand of something between A320 and A380 is going up and A350 can be exactly that one.