Why Do 50% of Pilots Fail During the Initial Airline Assessment Process? 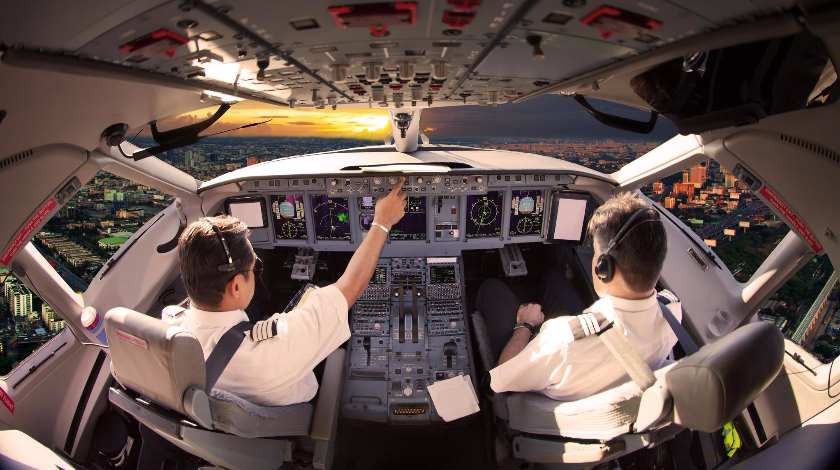 Safety. Aviation is all about safety. No matter from which angle you consider it. The aim of the industry will always remain the same: safe and quality flights from the point A to the point B.

We have already analysed the subject from the perspective of pilot training revealing that the qualification-based education is not enough today.

For the past several years aviation training has been slowly shifting from the task-based one to the outcomes-focused education which aims at providing the graduates with the competencies to be safe, highly effective and efficient in the performance of their duties.

This rather huge shift made a lot of pilot training programs change, including the Multi-Crew Cooperation (MCC) Course.

For pilots or for those acquainted with the pilot training area this course is well-known and even better-known in the abbreviated form – MCC.

For those who have just got familiar with this name, I hurry up to provide some essentials.

The MCC course is an additional although mandatory part of the pilot training path. The aim of it is to secure future aviators with theoretical knowledge and relevant practice to develop skills and attitudes necessary to operate a multi-crew aircraft, as described by EASA.

Someone could say that this course is perfectly enough to get to the cockpit and successfully operate an aircraft in a multi-crew environment. In a way yes, currently most of the pilots have the standard MCC course and are really great professionals. Present safety indicators serve as clear evidence.

But what about the newbies to the pilot career? Did you know that 50% of newly-qualified pilots who hold a CPL, frozen ATPL theoretical exams, ME/IR and a standard MCC course fail at European operator initial assessments.

The following reason behind these fails was set out: new pilots are not properly prepared for the assessment throughout their formal training.

“Once these statistics were identified in 2013/14, it became apparent to EASA and the industry that a change was required. It was clear that an enhanced MCC course would improve the standard of pilots so that when it comes to the airline assessment and interview, they are better-trained and better-prepared”, comments Andrew O`Shea, a Chairman of the Aircrew Training Policy Group (ATPG).

This is how the idea of the Airline Pilot Standard Multi-Crew Cooperation (APS MCC) Course was born and, later on, adapted to the pilot training needs in the modern aviation world.

The objectives of the standard MCC course have been already brought to light earlier, but just to remind: to develop the technical and non-technical components of the knowledge, skills and attitudes required to operate a multi-crew aircraft. What is the APS MCC then?

The APS MCC provides future pilots with better preparation and help them get ready for unforeseen and unexpected situations inside the aircraft. Students get better acquainted with using the flight management system (FMS), are better introduced with the use and understanding of jet aircraft systems during normal/non-normal operation. Moreover, they get better familiar with the flight deck and handling characteristics prior to type rating.

But most importantly, they not only receive the greater amount of theoretical and practical training hours during the APS MCC, but also learn how to handle their knowledge and skills with a help of nine core competencies. To enhance safety and minimise the risk of “human factor”.

Yet again these core competencies come into view. Yet again it proves that aviation training is actively adopting to the new approaches to prepare the industry-ready pilots.

APS MCC Only in Cooperation with an Airline?

As the name itself suggests, the Airline Pilot Standard (APS) MCC is a course aimed at training new pilots up to the standard of an airline. The course was designed with an active involvement of airlines, indeed. Why is it important?

First of all, a future pilot is trained on the basis of nine core competencies. Secondly, these competencies and pilot’s abilities are developed accordingly with the latest requirements of an airline. Finally, a pilot is prepared for one’s career at an airline. This, in turn, gives one a greater advantage during an interview to successfully pass the assessment and begin an airline pilot’s career path.

Also, the enhanced MCC course is a benefit to an airline. Their future pilots train following higher standards from the first steps, they get familiar with an airline’s SOPs and are educated with regards to line operations.

However, it does not necessarily mean that an Approved Training Organization (ATO) has to offer the APS MCC course only in cooperation with an airline.

Andrew O`Shea notes that an ATO can produce an APS MCC without a partner airline. However, the process is much easier and the product is much better when an ATO teams up with an operator to create a more airline specific APS MCC.