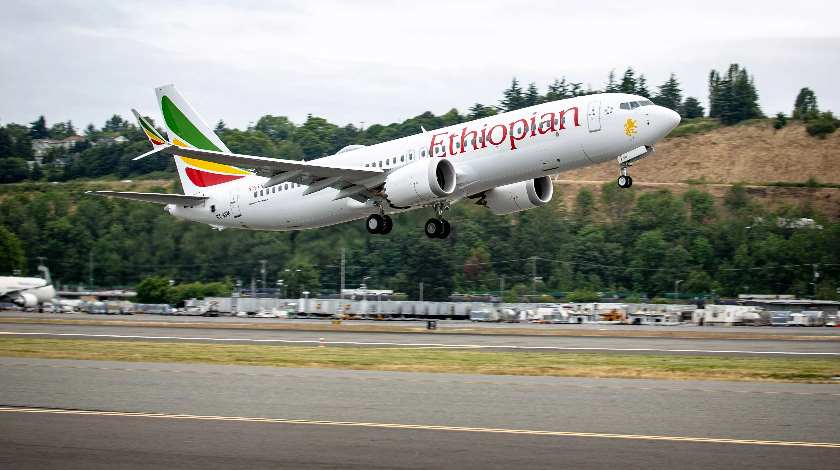 Almost two months have passed since the Ethiopian Airlines fatal ET-302 flight of the Boeing 737 MAX 8. The crash claimed the lives of 157 people. The investigation is underway and no final conclusions have been published yet. Although initial finding point towards the malfunction of the Boeing 737 MAX flight system.

The plane which crashed minutes after take-off was only four-months old. Pilots were qualified professionals. But the plane had problems. And Boeing admitted knowing about it long before the accident.

Now the plane-maker is putting all of its efforts to implement updates into its software and fix all the issues that might impact the safety of operation. The whole MAX fleet is grounded. Shaken reputation and desperate attempts to regain trust. But will Ethiopian fly these type again?

On Monday NBC News held an interview with a CEO of Ethiopian Airlines, Tewolde Gebremariam. According to the CEO, the airline cannot say whether it will fly Boeing 737 MAX planes again or not.

Ethiopian might get MAX planes back to the air only in case it will be sure itself about the safety of MAX and will succeed in convincing its pilots as well as the flying public.

Also, Ethiopian stressed it would be the last airline to fly MAX plane once they are back in the sky. “We have not got a time to discuss on the return to service and we have made it very clear on several occasions we would not be the first one to return their airplane back to air“, NBC News reports.

Although Boeing is working on the improvements, Ethiopian believes that there is a need to review not only MCAS systems. A much bigger picture must be taken into account and entire control system is required to undergo thorough checks.