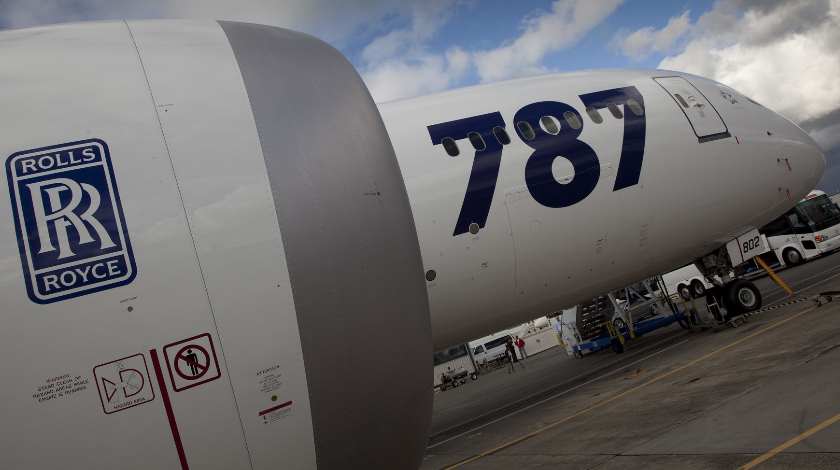 Rolls-Royce, one of the leading manufacturers of aircraft engines, said it is making steady progress with Trent 1000 engines to eliminate issues and make grounded aircraft airborne again.

However, the progress appears to be slightly below the original plans, meaning that safe take-off of Boeing 787 planes powered by the Trent 1000 engines will be a bit later than expected.

The company has just reported a loss of £909 million ($998m) for the first six months of 2019. Naturally, problems with Trent 1000 and the newer version, Trent 1000 TEN, have massively contributed to numbers being negative.

Rolls-Royce announced a further £100 million loss on the Trent 1000 engine, bringing the total cost of the jet turbine’s issues to £1.6 billion.

Problems with the Trent 1000 gas turbine engine could be traced back to 2016, when unusual corrosion in the blades of the Rolls-Royce produced power plant was noticed. The problem was detected on the All Nippon Airways Boeing 787 Trent 1000 Package C engine.

Examination of the engine resulted in unscheduled groundings of multiple Boeing 787 Dreamliners amid potential risks.

While Rolls-Royce was working hard to resolve this particular issue, in 2018 the bucket of Trent 1000 troubles was supplemented with another one, with Package B engines. Consequently, the problem of Package B engines wearing out faster than expected forced additional groundings.

In 2019 Rolls-Royce was hit by yet another problem. This time with Trent 1000 TEN high pressure turbine (HPT) blade which is currently managed through proactive inspections.

Reportedly, there are approximately 300 affected aircraft. The company has increased MRO capacity to help minimise disruption, reduce AOGs and accelerate maintenance works, however, the number of grounded aircraft is still very high.

CEO of the British engine maker said that by the end of 2019 they hope to reduce the number of grounded aircraft up to single figures. However, newly-detected problems with the TEN engines could make it hard to achieve.

Nevertheless, all the technical changes are expected to be fully embodied into the Trent 1000 Package B/C fleets by 2022.