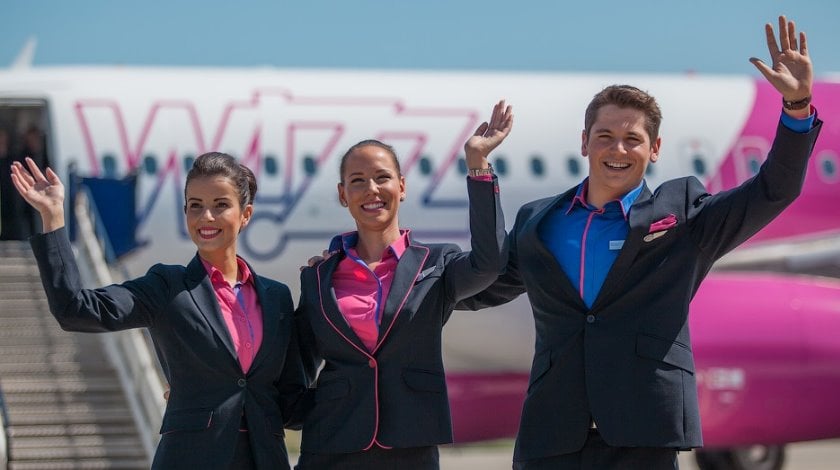 Budget airline Wizz Air has recorded strong passenger growth on its three main markets in the former Yugoslavia – Macedonia, Serbia and Bosnia and Herzegovina – handling over 1.5 million travellers during 2015.

It welcomed 795.000 passengers on its flight to and from Skopje and Ohrid, representing an overall increase of 36.8% on the year before. The airline dominates in the Macedonian capital where it now enjoys a market share of 50%. The low cost carrier also saw an improvement in Serbia. It handled a total of 456.789 travellers on services to/from Belgrade and Niš. Of those, Belgrade Airport accounted for some 420.590 passengers. Finally, at its newest base in Tuzla in Bosnia and Herzegovina, Wizz Air handled 268.748 travellers, up almost 75% on the year before.

During 2015, Wizz Air introduced thirteen new routes from the former Yugoslavia from four different cities and opened its third base in the region in Tuzla. In Macedonia, it based its third aircraft in Skopje and launched five new routes from the capital. In addition, the airline inaugurated one seasonal and one year-long service from the country’s second international airport – Ohrid. Meanwhile, in Serbia, it added flights to Niš by inaugurating services to two cities. Furthermore, in Tuzla, the budget carrier based an aircraft and introduced five new routes, one of which was later suspended (Sandefjord). So far in 2016, Wizz has announced the launch of four new routes from the former Yugoslavia, including flights from Skopje to Berlin, Bratislava and Copenhagen, as well as a new service from Belgrade to Baden-Baden, which will mark its first expansion from the Serbian capital in two years. Furthermore, it plans to boost frequencies on existing services from Tuzla during the summer months.

In addition to its three main markets, within the former Yugoslavia Wizz Air also maintains flights from Ljubljana, as well as Split on a seasonal summer basis. Maribor, Pristina, Podgorica and Sarajevo have all confirmed talks with the carrier over the past year. Recently, Maribor Airport’s Managing Director, Ladimir Brolih, said the two sides were locked in talks over potential services but added further analysis and discussions were required. Pristina on the other hand conceded its high fees were deterring Wizz Air from launching flights to the city. Overall, the budget airline carried nineteen million passengers in 2015, an addition of 3.2 million travellers over 2014. It has 146 aircraft on order, including 110 Airbus A321neos, for delivery from 2019 onwards.