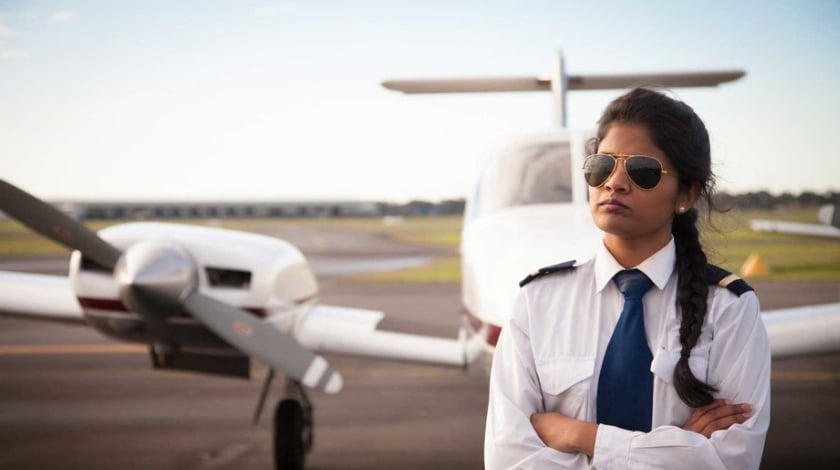 How often do you encounter women engaged in the work of an airline, aircraft maintenance or manufacturing company? Do you feel surprised when a female pilot steps out from the cockpit of the plane you travelled with?

Although statistics reveal that only a small percentage of women take their place within aviation, currently the answer “Yes… But I’m a woman…” to the question whether you want to work in aviation is rapidly losing its popularity.

Thus, the present situation on the market suggests that women are actively challenging gender stereotypes hanging over the aviation industry and are successfully proving that skies belong not only to gentlemen.

For example, Boeing 777 Captain Ashley Klinger, an Emirates Pilot, greatly inspires ladies not to lose their passion for aviation and follow their dream until it becomes a perfect reality.

Undoubtedly, it is worth mentioning that in general Emirates employs 29 000 women from over 100 countries who make up 44 percent of the carrier’s workforce.

Despite the fact that most people associate aviation exclusively with pilots or flight attendants, these are not the only occupations available within this industry.

Recently the all-female crew has made Air India’s history by operating a passenger flight around the world for the first time.

The captain of the Air India’s Boeing 777-200LR, Kshamata Bajpayee, emphasized that this flight was a symbol of women empowerment encouraging them to succeed in male-dominated areas, too.

Therefore, the distinctive feature of this flight was that this plane was not only operated by a female crew, but also prepared for the flight by the engineers, ground staff and air traffic controllers who were all women, too.

As it follows, an aviation mechanic, ATC controller, flight dispatcher, pilot, flight attendant or any other position waits for those who passionately dream about it, regardless of their gender.

While all the world celebrates the International Women’s Day, aviation-related people also put efforts to make this day special. Thus, on this great occasion Aviation/Aerospace Australia has started its partnership with Lockheed Martin to encourage more woman to pursue they career in aviation.