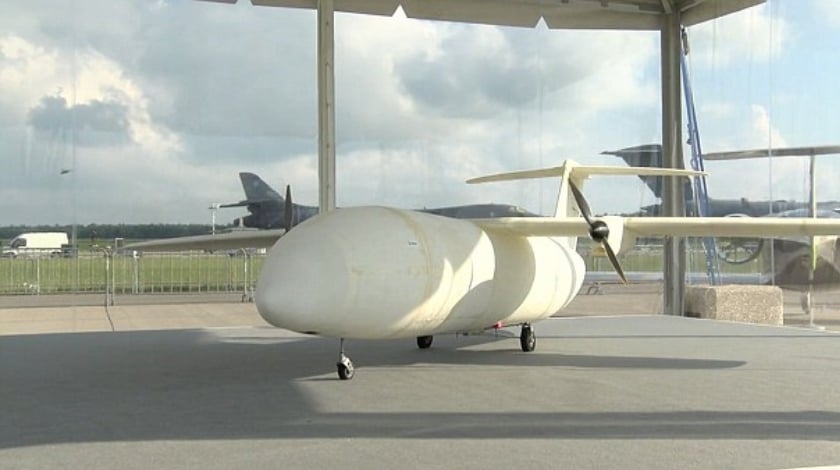 There were mammoth jets on display at the Berlin Air show this year. And then, there was the mini-plane Thor, the world’s first 3D printed aircraft.

Built by industry leader Airbus, Thor is a windowless plane, weighing just 21 kilos and is less than four metres long. Thor, short for Test Of High-Tech Objectives in Reality is actually drone resembling a model airplane.

The plane is made from a substance called polyamide and the only parts not 3D printed are the electrical elements.

The pilotless propeller aircraft is only the taste of the things to come, according to the aerospace giant Airbus. 3D printing in aviation promises to save time, fuel and money.

Speaking at the International Aerospace Exhibition and Air Show in Berlin,Detlev Konigorski, in-charge of developing Thor for Airbus said,

“This is a test of what’s possible with 3D printing technology. We want to see if we can speed up the development process by using 3D printing not just for individual parts but for an entire system.”

3D printing is already being used by both Airbus and Boeing, for making parts for their passenger jets the A350 and B787 Dreamliner respectively. The disruptive technology have the advantage of requiring no tools other than a 3D printer and can be made very quickly. It also has the added advantage of producing no manufacturing waste.