World’s Shortest Commercial Flight: How Short Is It? 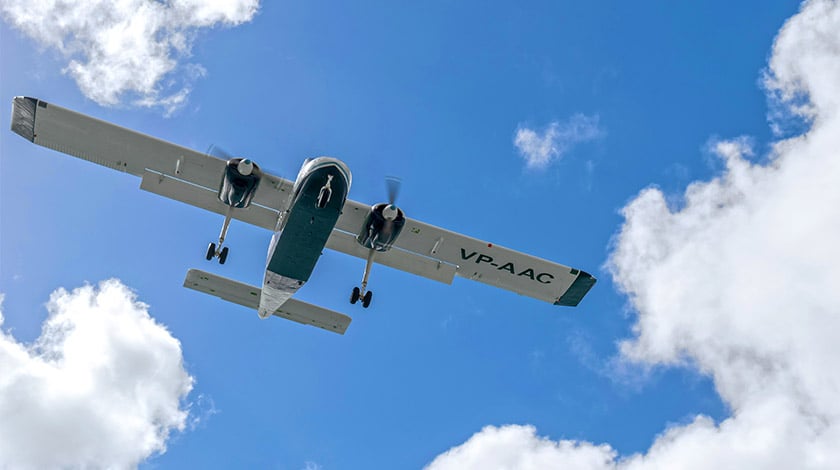 Then it could be even harder to imagine that the shortest nonstop regular commercial flight in the world lasts approximately 90 seconds and covers only the length of 2.7 km.

It is a Scottish airline Loganair which offers an air bridge between the two Orkney islands of Westray and Papa Westray (off the north coast of Scotland).

Notably, the flight time highly depends on the weather conditions, usually it is scheduled for 90 seconds. Meanwhile, with favourable winds it can be done even in 47 seconds. This commercial flight goes into the Guinness Book of Records.

Flight between Westerland and Papa Westerland has been operating since 1967, and in 2017 it marked the 50th anniversary. Around 700,000 passengers annually use this shortest flight worldwide. 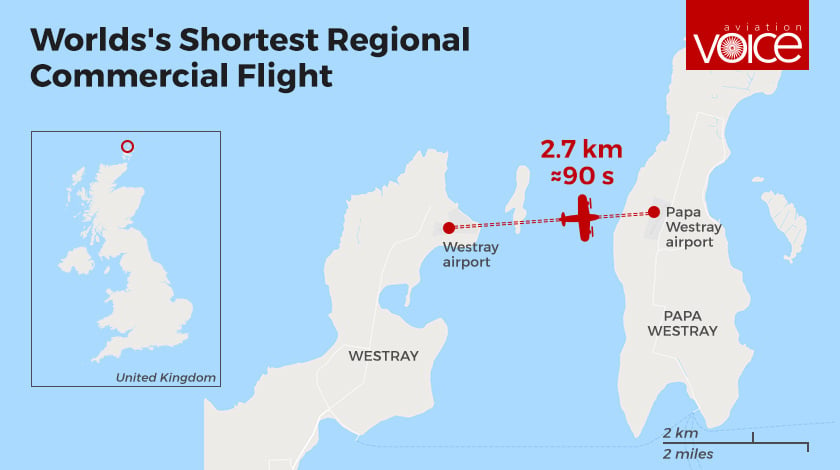 Why Such a Short Flight is Still Operating?

Wondering why such a short flight is needed? This is the fastest and most comfortable way to travel between the islands, especially for locals (teachers, doctors, students, lawyers, etc). For example, the alternative option to get between these two islands is a 20-minute journey on a boat, or a 57-minute car trip. Thus, in terms of time, air connection is vitally important, isn’t it?

Therefore, it has also become a popular destination for tourists looking for a history of short-haul flight.

So, in the shortest flight in the world passengers stay in the air for less than five minutes. Most of the time is dedicated, therefore, for take-offs and landings.