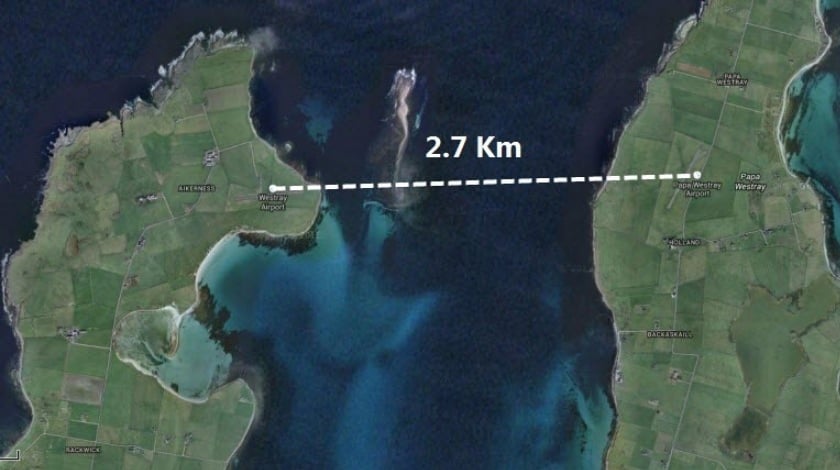 Tired of miserable long-haul flights? Probably it’s time for you to try the world’s shortest passenger flight whose time span can be less than one minute.

As a tiny hop between two remote British islands, the 2.7-km flight officially takes two minutes and can be done in 47 seconds “under ideal wind conditions,” according to its operator Scottish regional airline Loganair.

On Monday, the flight between Westray and Papa Westray welcomed its millionth passenger on board.

Anne Rendall, a mobile banker of the Royal Bank of Scotland, was gifted a bunch of flowers by the route captain. She said it was fantastic to become the flight’s “Millionaire.”

The route has been in operation since 1967 as part of the air service among the small isles in Orkney in northeastern Scotland. It holds the Guinness World Record as the world’s shortest scheduled service.

“The route is a jewel in our network and known across the world,” said Loganair’s managing director Jonathan Hinkles in a press release on its website.

The flights also function as a “lifeline” for local people.  “It’s used by teachers, doctors, policemen and school pupils, helping them to go about their routines with ease and simplicity,” said Hinkles