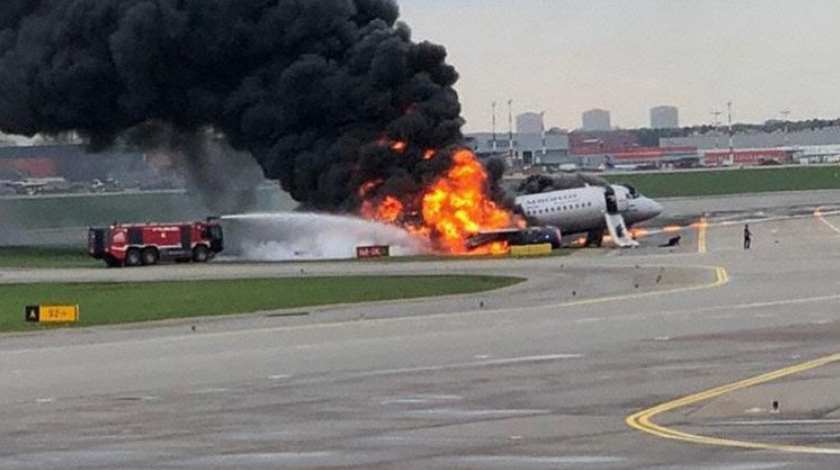 After the crash-landing of Aeroflot Sukhoi Superjet 100 on 5 May, 2019, the investigation into the deadly accident, which took the lives of 41 people, was launched.

The Investigative Committee of Russia announced that as possible reasons are considered the following: poor qualification of pilots, dispatchers and the personnel who performed technical check of the plane; aircraft malfunction and bad weather conditions.

After the aircraft caught fire on the runway of Moscow’s Sheremetyevo airport, media was flooded with a number of possible reasons and theories of aircraft burning out.

As for now, according to the latest data released by the Investigative Committee of Russia, the aircraft ignited on landing. Right upon the aircraft was brought to halt, 33 passengers and 4 crew members were evacuated.

Early reports claimed the fire started during the climb, which, in turn, forced the aircraft to turn back for emergency landing. Meanwhile Sheremetyevo airport said that “the crew reported a malfunction and decided to return to the airport of departure”.

The airline itself reported that “flight SU1492 from Moscow to Murmansk suffered an engine fire upon landing after being forced to return to Sheremetyevo International Airport due to technical reasons“.

The DailyMail said that both the flight attendant, who was on duty on this particular flight, as well as the captain of the flight claimed that the fire broke out due to lightning which hit the plane right after take-off.

Whereas another source cites the same pilot saying that lighting caused loss of communication that is why the plane went back to Sheremetyevo. The fire, in turn, burst out on landing, possibly, due to full fuel tanks.

Therefore, no official reason has been released yet. There are some considerations, but the investigation is still underway.

Both “black boxes” were recovered and handed over to investigators’ team.