American Fighter Jet Goes Down Off Coast of Southern Japan 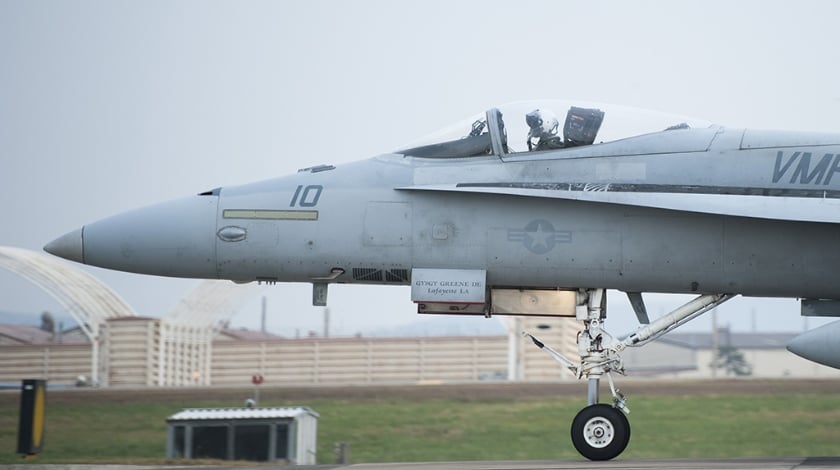 The F/A-18 Hornet was stationed at the Iwakuni base in the Yamaguchi prefecture and is understood to have gone down at 6pm local time yesterday off the southern Kochi Prefecture.

Initial reports from the Japanese Defence Ministry said the lone pilot and ejected from the fighter jet and survived the crash.

According to the Kochi Maritime Security Division, the Maritime Self-Defense Force sent information that the US military fighter crashed about 56 miles south of Muroto Cape.

Japenese coastal defence patrols are now scouring the area for signs of damage to any fishing boats or commercial vessels that may have been in the area at the time.

The US Marine Corps’ Iwakuni Air Station is home to around 5,000 US troops and is used for Marine pilot training and to conduct air patrols with F/A-18 Hornets.

The crash the latest in a series incidents involving US military F/A-18 Hornet fighter jets.

Two of the combat planes collided near Miramar in California during a training mission last moth forcing one of the pilots to eject.

The month before, an F/A-18 pilot had to eject after landing at the Twentynine Palms Strategic Expeditionary Landing Field in San Bernardino County, California and suffered minor injuries.