APEC 2015: Aircraft Of The Heads of States 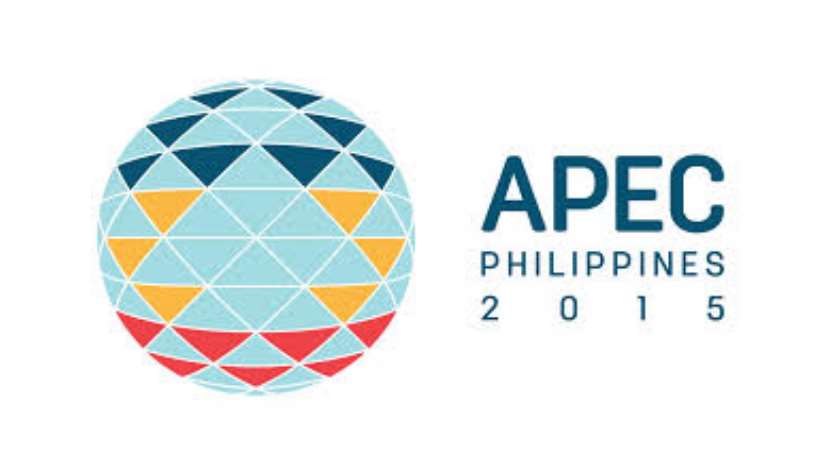 The Asia-Pacific Economic Cooperation Summit recently concluded in Manila, bringing together leaders of some of the world’s most powerful nations.  We have compiled a collection of photographs to share of the aircraft used by the visiting Heads of State.

President Michelle Bachelet of Chile arrived aboard a Boeing 767-300ER. It is the only VIP aircraft that carries the Chilean Military livery. Bachelet was the first world leader to arrive in Manila for the 2015 APEC Summit. This was also her first state visit to the Philippines.

Papua New Guinea Prime Minister Peter O’Neill arrived at Villamor Air Base in Manila two days ahead of the summit aboard a Dassault Falcon 900 EX jet. O’Neill expressed gratitude for the rice exports from the Philippines and the contributions of Filipino teachers. 30,000 Filipinos currently reside in Papua New Guinea.

Vietnamese President Truong Tan Sang arrived in Manila aboard a chartered Vietnam Airlines Airbus A321 aircraft. The Vietnam Presidency is a largely ceremonial role as the Prime Minister manages the daily functions of the Vietnamese government.

Mexican President Enrique Pena Nieto arrived in Manila aboard a Boeing 757-200. Nieto’s political presence at the APEC Summit was overshadowed by his celebrity status with countless Filipino women adoring him as an “APEC hottie.” A Boeing 787-8 Dreamliner is slated to take over the role of official Presidential aircraft in December 2015.

President Barack Obama arrived aboard a customized Boeing 747-200B aircraft. Obama disembarked the aircraft at the Balabag Ramp Area at Ninoy Aquino International Airport. He was the only head of state to arrive at this part of the airport. This is the second time Obama has visited the Philippines. His last visit was in April 2014 on a four-nation tour of Asia. Although the Boeing 747 is most commonly referred to as Air Force One, the term is actually a call sign used to refer to any aircraft that carries the President of the United States. If the President is not on-board, a regular call sign is used. The helicopter used to transport the President is most commonly referred to as Marine One.

Malaysian Prime Minister Najib Razak arrived at Ninoy Aquino International Airport Terminal 2 aboard an Airbus A320 operated by the Royal Malaysian Air Force. The aircraft was just purchased in 2015. This is the Prime Minister’s third trip to the Philippines after previously visiting in October 2012 and March 2014.

Korean President Park Geun-Hye arrived at Terminal 1 at the Ninoy Aquino International Airport in Manila. She travelled on board a Boeing 747-400, leased from Korean Air for the next five years. The fuselage features the country’s name written in English and Korean. Park is the first female president of Korea and was named the world’s 11th most powerful woman by Forbes Magazine in 2013.

Australian Prime Minister Malcom Turnbull arrived in Manila aboard a Boeing 737 Business Jet operated by the Royal Australian Air Force. He arrived at NAIA Terminal 2 at the same time as the South Korean President was arriving at Terminal 1. The Royal Australian Air Force operates two Boeing Business Jets in VIP configuration. They were acquired in 2002 under a lease agreement and feature conference tables, office suites, and secure satellite and communication capabilities. These particular aircraft offer a longer range than the standard Boeing Business Jet. In 2014, it was announced that these aircraft will be replaced by a VIP-configured KC-30A aircraft, a variant of the Airbus A330.

Canada’s Prime Minister Justin Trudeau arrived at Ninoy Aquino International Airport Terminal 2 aboard a CC-150 Polaris aircraft, a variant of the Airbus A310-300. The VIP aircraft is operated by the Royal Canadian Airforce. Trudeau, along with his Mexican counterpart, was one of two leaders at the APEC summit that were labelled the “APEC hotties” by Filipino netizens.

Japanese Prime Minister Shinzo Abe arrived aboard a Boeing 747-400 at Ninoy Aquino International Airport Terminal 1. He is Japan’s youngest leader since World War II. The Government of Japan maintains two Boeing 747-400 aircraft operated by the Japan Air Self-Defense Force. They use the callsign Japanese Air Force One when operating on official government business, and Cygnus One when operating for other purposes such as training flights. The aircraft always travel in pairs with one serving as the primary transport, while the other serves as a backup. The Japanese aircraft were constructed at the Boeing factory at the same time as the US Air Force One VC-25 aircraft. However, the US version is built to the 747-200 design, while the Japanese version is built to the 747-400 design. These aircraft will eventually be replaced by the Boeing 777-300ER in 2019.

The Sultan of Brunei, Hassanal Bolkiah, arrived at Terminal 2 of Ninoy Aquino International Airport aboard his Boeing 747-400 aircraft. The Sultan has several aircraft in VIP configuration, which are used for his own travel and for members of the Royal Family. The Boeing 747-400 was purchased in 1990 for $100 million and underwent a further $120 million in upgrades including professional interior design by Reese Design. The Sultan is one of the world’s longest reigning monarchs with an estimated net worth of $20 billion.

Thailand’s Prime Minister Prayut Chan-o-cha arrived at Terminal 1 at Ninoy Aquino International Airport aboard an Airbus A319CJ. The aircraft is maintained by Thai Airways International and used primarily by government officials. The Thai Royal family usually fly on commercial flights operated by Thai Airways when travelling outside of Thailand. However, a Boeing 737-800 is maintained by the Royal Thai Air Force for royal use within the kingdom. The Thai Government also operates an Airbus A340-500.

Singaporean Prime Minister Lee Hsien Loong arrived at Ninoy Aquino International Airport’s Terminal 1 aboard a modest Gulfstream jet. Government officials from Singapore including Lee typically travel on regularly scheduled commercial flights operated by Singapore Airlines. However, the Singapore Air Force does maintain a small fleet of passenger-configured Fokker 50 aircraft. Singapore is one of the richest economies in the world with a GDP per capita income that is 20 times higher than the Philippines.

Colombian President Juan Manuel Santos arrived in Manila at Ninoy Aquino International Airport’s Terminal 1. He was the second world leader to arrive. However, he attended the summit as an observer under the invitation of President Aquino. Colombia was the sole non-APEC country invited to the APEC summit. Reports suggest that the nation’s invitation may be an initial step towards Colombia being received as an organization member. The President arrived aboard a Boeing 737 aircraft, which was purchased by the Colombian government in 2005. The government fleet also includes F-28 aircraft, Lear Jets, and an Embraer Legacy

Russian Prime Minister Dmitry Medvedev arrived at Ninoy Aquino International Airport aboard a Russian built Ilyushin Il-96-300 aircraft. Russian President Vladimir Putin was originally confirmed to attend the APEC summit. However, he later cancelled due to domestic concerns. The aircraft are operated by Russia’s State Transport Company. One of the Il-96 aircraft was refitted as a VIP transport in 2001 at an estimated cost of GBP £10 Million. It is rumoured that the luxurious refit included marble floors, silk-lined walls, and gold-plated bathroom fittings. It is also believed that the aircraft features an escape capsule.

China’s President Xi Jinping arrived at Ninoy Aquino International Airport’s Terminal 1 shortly after the arrival of South Korean President Park Gyeun-Hye. He was greeted by Hong Kong’s Chief Executive CY Leung, who arrived the night before. The President arrived aboard an Air China Boeing 747-4J6, which is specially configured for government use and does not operate any commercial service.