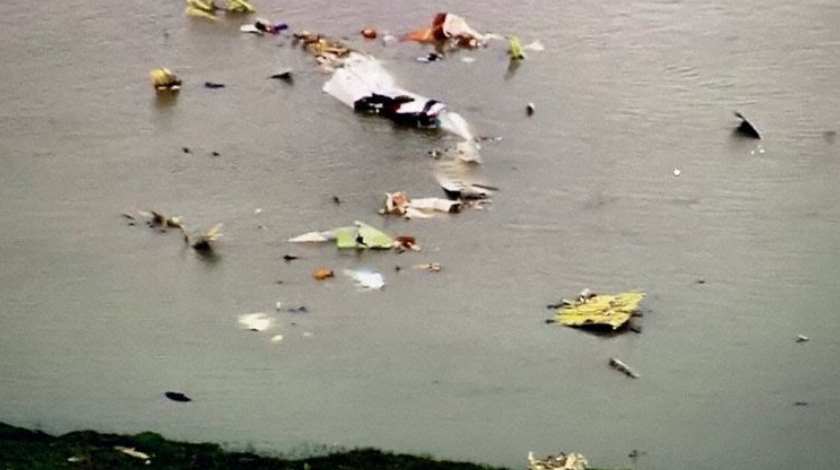 An Atlas Air Boeing 767-300 freighter on behalf of Amazon Prime, with 3 crew, was on approach to Houston in contact with Houston Approach, routine communication, when radio and radar contact with the aircraft was lost.

The aircraft was found having impacted the waters of Trinity Bay about 1.5nm northwest of Anahuac’s Bayside Community Hospital. The bodies of all three crew were recovered from the crash site.

On Feb 24th 2019 the NTSB reported in a press conference, that the aircraft was on a standard arrival route from the southeast, the crew checked in with Houston Approach at about 18,000 feet about 76nm southeast of Houston Intercontinental Airport at about 12:30L, ATC advised there was light to heavy rain ahead and offered vectors around the weather.

The download of the CVR was successfully completed, the last portion of the accident flight is available on the 2 hours’ recording, the quality of the recording however is poor and it was difficult to determine what was being said, occasionally required advanced filter techniques.

The aircraft was being vectored for an approach to Houston Intercontinental’s airport’s runway 26L. The NTSB stated: “Crew communications consistent with a loss control of the aircraft began approximately 18 seconds prior to the end of the recording.”

The FDR was also successfully read out, 54 hours of flight data spanning 17 flights were downloaded. The recorder stores about 350 parameters. The investigators are currently verifying and validating the FDR data. A transcript of the CVR is estimated to be compiled during the next week (Mar 11th and following).